'USMCA is the most important deal we've ever made by far’
US President Donald Trump read more
Our new e-magazine is OUT NOW. Click here to read.
REGISTER ADVERTISE
SUBSCRIBE TO OUR FREE NEWSLETTER
PUBLISHED | NOVEMBER 24, 2014
COMMENTS | NONE
Tweet

Consumer spending on a high in Philippines 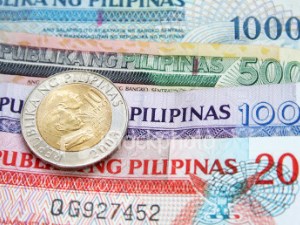 With the trading spotlight now firmly on China, Korea and Japan following the recent signing of free trade agreements, the Philippines has become the “forgotten man” of Asia.

The Philippines, however, is one of Asia’s fastest growing economies, growing 6.4 percent year on-year in the second quarter of 2014. The vibrancy of the archipelago’s economy started to attract attention in 2012 when its GDP growth soared to 7 percent, followed by even stronger growth of 7.5 percent in 2013.

The Asian Development Bank now expects the Philippines to grow by about 7 percent annually over the coming few years, outpacing most of its ASEAN neighbours.

This robust performance is now proving attractive to a significant number of foreign businesses and investors, with many of them now looking for opportunities in this rapidly-developing Southeast Asian country.

According to Austrade, Australian exports to the Philippines now total more than $1.3 billion a year.

The second most populous country in ASEAN (after Indonesia) – its population exceeded 100 million as of July 2014 – the Philippines represents a huge consumer market.

The country is home to ASEAN’s second largest middle-income population (about 32 million people).

The country’s per capita income expanded at a compound annual growth rate (CAGR) of 9 percent from 2010-2013, almost double that of Indonesia.

The Philippines boasts a young population. With a median age of just 23, the country has a higher propensity to consume.

Also, the Philippines has one of the world’s most confident consumer bases. The country ranked third out of 60 economies in Nielsen’s Consumer Confidence Index in Q1 & Q2 2014, trailing only India and Indonesia.

Minister for Trade Andrew Robb visited the Philippines in February this year in pursuit of opportunities for Australian business as well as trade talks.

The visit included a 20-strong Australian business delegation comprising representatives from a range of companies with an existing commercial presence in the Philippines or an interest in exploring opportunities.

“Australia is already a major foreign investor in the Philippines. The Aquino Government is committed to a program of economic reform, which has the potential to open up new areas of cooperation, Mr Robb said.

“The removal of trade barriers and enhanced market access for Australian goods and services will be a fundamental part of this outcome, providing opportunities for our businesses and farmers into the future.”