'USMCA is the most important deal we've ever made by far’
US President Donald Trump read more
Our new e-magazine is OUT NOW. Click here to read.
REGISTER ADVERTISE
SUBSCRIBE TO OUR FREE NEWSLETTER
PUBLISHED | JULY 16, 2018
COMMENTS | NONE
Tweet 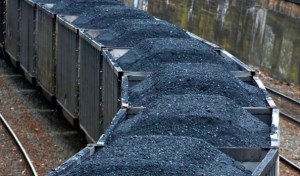 Coal is forecast to be Australia’s largest export earner this financial year, a new report finds.

The report from the Department of Industry’s Office of the Chief Economist estimates coal exports will hit $58.1 billion in 2018-19, with iron ore exports forecast to earn $57.7 billion.

Historically, coal has been one of Australia’s biggest export earners and the latest forecasts confirm its ongoing resurgence and significant contribution to the Australian economy.

Coal exports are the largest export contributor in both NSW and Queensland and are mostly sold into Asian markets – both established north Asian markets and the rapidly-growing economies of Southeast Asia and India.

Import demand for thermal coal alone across Asia could expand by up to 400 million t more than current levels by 2030, according to recent expert analysis by Commodity Insights for the MCA and the COAL21.

High-quality Australian coal is among the best in the world for modern steelmaking.