‘UK wine exports are at their highest level in a decade’
Rachel Triggs, Wine Australia read more
Our new e-magazine is OUT NOW. Click here to read.
REGISTER ADVERTISE
SUBSCRIBE TO OUR FREE NEWSLETTER
PUBLISHED | DECEMBER 9, 2014
COMMENTS | NONE
Tweet 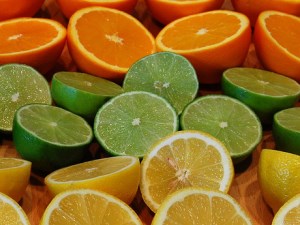 Australian citrus growers have pledged to plough more funds into R&D to make the industry more competitive in the Asian century.

Growers will increase their national levy investment after 16 years to pave the way for more investment in research and development.

The results of the industry’s national levy poll reveal the majority of voters support an increase in both the Horticulture Innovation Australia (HIA) citrus R&D levy and the Plant Health Australia biosecurity citrus levy.

“For almost two decades the citrus industry has been operating on the same level of investment. Inflation alone has meant the program investment has gone backwards,” she said.

“Once the increase has been implemented, the additional funds will help the citrus industry to access more export markets; better manage pests like fruit fly and protect orchards from exotic pests.

The Minister is unlikely to consider the request until later in 2015 after the Senate review into agricultural levies is complete.

“I look forward to working through the implementation process with the Minister as soon as possible. Critical research and biosecurity programs are at risk through extended delays,” Ms Damiani said.