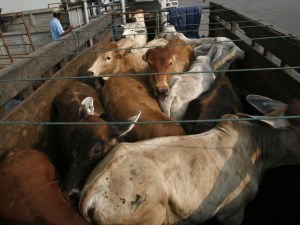 The purchases are the latest in a string of deals between Chinese investors and Australian farmers this year.

Ma owns ball bearing giant Tianma and is one of the 400 wealthiest people in China, according to Forbes.

As part of the deal, Ma spent $47 million to acquire 40,000 head of cattle on 705,700 ha of the Wollogorang and Wentworth cattle stations — located in the Northern Territory and Queensland border regions.

He also owns Ferngrove Wine Group, which he has sunk millions into since purchasing in 2011.

Sources say the two countries have already begun negotiating a deal. However, any agreement may face obstacles.

This includes concerns that live exports would bring insects carrying Bluetongue disease—which is not harmful to humans, but potentially fatal for animals — to China.