‘Beginning to export can be challenging, but there are massive opportunities for Australian firms’
Karen Andrews, Minister for Industry, Science and Technology read more
Our new e-magazine is OUT NOW. Click here to read.
REGISTER ADVERTISE
SUBSCRIBE TO OUR FREE NEWSLETTER
PUBLISHED | JUNE 10, 2014
COMMENTS | NONE
Tweet 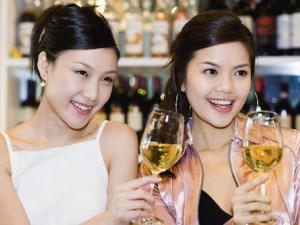 Wine buyers in China are getting more discerning about how and where they buy their favourite drop.

With an estimated half a billion mobile internet users, more buyers are preferring to buy online rather than at a liquor store.

According to Tech In Asia, Jiuxian, one of China’s largest wine specialist e-commerce sites, has secured 420 million yuan ($69 million) in new funding this year to take advantage of the new trend.

Jiuxian sells red and white wines, champagnes and spirits from around the world.

The new funding follows news that China has overtaken France to become the world’s biggest consumer of red wine.

According to recent figures from the China Internet Network Information Centre (CNNIC), 500 million of its 618 million internet users (about 80 percent) access the internet via mobile devices.

The growth of Jiuxian and online wine sales in China defies expert predictions.

In 2009, the CEO of international wine exhibition VINEXPO Robert Beynat dismissed the Internet as a viable platform for selling wine.

“It is not a circuit for wine sales, the Internet will always be marginal, and it will stay that way,” said Beynat at the exhibition in Bordeaux, predicting that online wine sales will top 8 percent of global sales at most.

However, online wine sales in China last year accounted for about 27 percent of total sales, according to estimates from France-based Bordeaux Management School.

The latest fundraiser aims to set up distribution centres in every provincial capital in the next few years in order to speed up delivery.

Not only are Chinese wine merchants peddling their wares online, but foreign merchants are also looking toward China’s internet marketplace as they become aware of the trend.

China is now the fifth-largest export market for Californian vignerons, according to Linsey Gallagher, vice president of the Wine Institute, a Californian wine advocacy group.

According to VINEXPO, the rise of wine e-tailers in China is just getting started.

In a 2013 report, the organization predicted that online wine sales in China will grow by 47 percent by 2020.

This will provide big opportunities for Australian wine producers in coming years.

Wine imports from Australia grew by nearly 150 percent from 2007-2012, according latest figures, with demand particularly strong for premium Australian wines.