'The India free trade deal will give Australian businesses unprecedented access to one of the world’s fastest-growing economies’
David Knowles-Pitcher Partners read more
Our new e-magazine is OUT NOW. Click here to read.
REGISTER ADVERTISE
SUBSCRIBE TO OUR FREE NEWSLETTER
PUBLISHED | MARCH 14, 2014
COMMENTS | NONE
Tweet 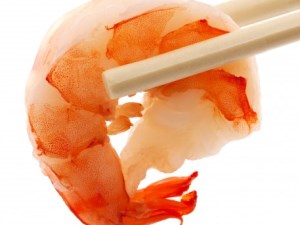 Regional players are jostling for position in a race to satiate a growing Chinese and global appetite for seafood.

It seems every port in China wants to become a centre for China’s trade in fish and shrimp. The Tianjin Seafood Logistics Centre, a $AUD1.8 billion project opened recently in the port city east of Beijing. A similarly ambitious project up the coast in Qingdao promises to handle seafood logistics for all of north China. Down south, the city of Zhanjiang has also built a seafood logistics and trading centre on the South China Sea, to do the same for southern China.

This building spree in cold-chain seafood warehousing is being driven by China’s growing hunger for everything aquatic, even as the country’s position as the world’s top producer and processor of seafood comes under threat from demand for land and labour.

Seafood has always implied social mobility in status-obsessed China, explains Fan Xubing, who runs Beijing Seabridge, a marketing agency specialized in promoting seafood imports. He notes how the Mandarin for ‘fish’ sounds like ‘surplus’ - hence the festive blessing ‘nian nian you yu’ or ‘may you have a surplus/fish all year-round’.

As incomes grow the Chinese are spending more and more on fish. A visit to restaurants like the Seafood Garden in Beijing reveals an aquarium of exotic species costing up to $AUD180 per 100g  (Chinese prefer to select seafood live, to verify its freshness) ranging from the endangered humphead wrasse and tiger grouper (both from the coral reefs of Southeast Asia) to brown crabs from Scotland and lobsters from Africa.

Rising demand — annual per capita consumption of seafood in China is expected to reach 18kg by 2020, compared to about 15kg currently, according to China’s agricultural ministry — is driving up global seafood prices. However, the impact of this demand is being most keenly felt in neighbouring Southeast Asian countries where China is also seeking to cultivate seafood for processing back home.

As domestic consumption erodes the export trade, China is importing from other key aquaculture players like Thailand, Vietnam and Indonesia, whose warm waters are hospitable breeding grounds for popular species like shrimp grouper and lobster as well as cheaper, farmed fish like croaker, tilapia and catfish.

But there are limits to what a fragmented Southeast Asian production base can supply, especially given the impact that a virus known as early mortality syndrome (EMS) had on shrimp stocks in China and Thailand last year.

This has been compounded by a shift in focus by Thai agro-food conglomerate Charoen Pokphand (CP), which buys thousands of containers of shrimp and other seafood from Latin American markets like Ecuador to prop up shortages in Asian supply.

The firm is increasingly supplying non-Asian markets and Didier Boon, a 30-year veteran of seafood trading and supplier to CP anticipates that the CP may give up shrimp farming altogether, commenting that “They want to focus on more value added activity like marketing and distribution of seafood for clients like WalMart.”

The containers Boon ships from Ecuador head to CP clients in China (which include WalMart and Carrefour) but also the EU.

CP has a strong presence in Burma and Indonesia, the two Southeast Asian countries seen as most promising for aquaculture production. The Thai firm runs the world’s largest shrimp farm in Indonesia through its CP Prima arm, overseen by Sutanto Surjadjaja, who has been approached by buyers in China keen for a steady supply of shrimp. But he’s limited in how much he can supply.

More than half of CP Prima’s sales are currently in the US, with 25% going to the EU and 20% to Japan.

There is much talk about Burma, with its abundance of coastline, being a new source of aquaculture supply to China, but Boon thinks Burmese supply will ultimately be hoovered up by Thai buyers like CP for other markets. CP already trucks Burmese shrimp to processing plants near Bangkok, a seven hour drive away.

As CP secures resources globally, a shortage of land is threatening Chinese output.

“Ten years ago you could fly into Shantou in Guangdong province and all you can see for miles is [shrimp] ponds. Now all you see is real estate,” explains Boon.  When local shrimp farms were hit by disease last year, Chinese processors scrambled to pay over the odds to shrimp farmers in Indonesia, Ecuador and India to fulfill orders from export clients. “But increasingly it’s domestic Chinese consumption that’s powering demand,” says Boon.

Despite struggling with aquaculture supply, China remains the regional leader in processing seafood. Sutanto Surjadjaja says CP Prima is looking for sales in China but wants to focus on value added products to capitalise on a growing domestic Indonesian market. “Selling processed shrimp products such as shrimp rolls and shrimp nuggets to China will be very hard, given how competitive the locals are,” he concedes.

China has spent a fortune on processing capacity and boasts the leanest seafood processing sector in the business. Superior infrastructure, a more flexible bureaucracy and a more productive workforce will ensure China remains dominant, says Boon: “Over the next decade costs in China are unlikely to rise any faster” than alternative destinations such as Vietnam or Indonesia, he believes.

Chinese demand for seafood looks set to grow. That is not necessarily good news for protection of scarce species like coral grouper and humphead wrasse. But CP and other well-connected suppliers of more mundane products like shrimp look set to benefit.