'The India free trade deal will give Australian businesses unprecedented access to one of the world’s fastest-growing economies’
David Knowles-Pitcher Partners read more
Our new e-magazine is OUT NOW. Click here to read.
REGISTER ADVERTISE
SUBSCRIBE TO OUR FREE NEWSLETTER
PUBLISHED | MARCH 18, 2014
COMMENTS | NONE
Tweet 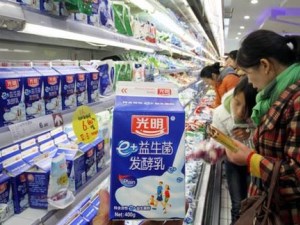 With China’s spate of food safety scandals in recent years, demand for foreign food brands is on the rise.

And that spells good news for Australian food exporters.

A recent report by consulting firm Data Driven Marketing Asia (DDMA) confirms that demand for foreign food brands is rising in China, with an increasing number of global food companies now well-positioned to reap the rewards.

A survey of 500 middle-to-high income earners in Shanghai found that many consumers now actively seek foreign food brands both while shopping and dining out.

According to the report, 48 percent of consumers “actively seek out foreign food brands when shopping,” while 60 percent “prefer restaurants that serve foreign food.”

With a total of 1,090 food scandals reported in Chinese media over the last three years, safety has become the key issue – with foreign food becoming a distinct preference.

The number of scandals being reported has gone down drastically in the past two years, but the worries are still prevalent in people’s minds.

Although imported food is more expensive, rising incomes and consumer perceptions mean that more Chinese customers are willing to pay a premium for the luxury.

China’s wealthy are particularly fond of foreign brands, with 80 percent agreeing that “foreign food brands are better,” compared to 70 percent of middle-income respondents.

New Zealand produce was the top choice for survey respondents, who believe that the country’s high food safety standards and clean environment make its food brands the most worthy of purchase.

Australia came in a close second, with perceptions of a clean environment playing a larger factor than regulation.

While Germany and the United States don’t fare very well in terms of perception of environmental cleanliness, they are next on the list thanks to consumers’ perceptions of strong regulation and high technology. Germany beats the US, however, because its food brands are considered more “trustworthy.”

Also making the list were neighbor countries Japan and South Korea, as well as the UK, France, and Nordic countries Sweden and Norway. When broken down by individual categories of positive affiliations, Norway wins in many, such as high safety standards and clean environment.

According to the report, these factors have strong implications for foreign food brands — especially high-end ones.

The preference for foreign brands has caused a spiral in the number of quality foreign retail food outlets in China and the emergence of high end/boutique supermarkets.