No longer is supply chain congestion the predominant cause for concern for Australian importers – instead, manufacturing is.
David Aherne, international freight forwarder read more
Our new e-magazine is OUT NOW. Click here to read.
REGISTER ADVERTISE
SUBSCRIBE TO OUR FREE NEWSLETTER
PUBLISHED | FEBRUARY 15, 2018
COMMENTS | NONE
Tweet 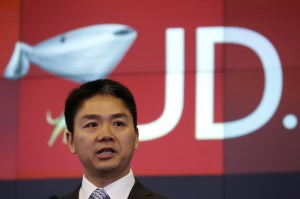 The move is part of an ambitious expansion plan to challenge Amazon’s dominance of the booming online retail market in the western world.

A rival to e-commerce giant Alibaba, JD.com is China’s largest retailer by revenue.

JD.com says the Australian products in strong demand in China include food, dairy and cosmetics.

The company says it is open to brands, franchisees, retailers and traders looking to reach consumers in China.

The Australia and New Zealand regional headquarters of the NASDAQ-listed company will be in Melbourne’s Collins Street.

“Our customers are demanding more and more high-quality products from Australia and New Zealand, and this move is a major step toward meeting that demand,” says Richard Liu, JD.com’s chairman and CEO.

“Brands and retailers looking for a trusted partner who will both build their brand, and protect their IP in China now have an easy point of contact in the region.”

It follows a similar move by Chinese rival Alibaba last year and is further evidence China’s ecommerce giants are serious about accelerating their Australian sales.

The initial investment in Melbourne will be small, with a handful of staff, including “business development officers” who will be looking to sign up small to medium Australian companies to the JD.com platform. JD.com and Jack Ma’s Alibaba dominate ecommerce in China.

JD.com made its name selling home appliances and now has 266 million active users.

The company chose Melbourne over Sydney for the office because of the city’s access to local suppliers, a 24-hour shipping port and local government support.

JD.com this week flagged plans to take on Amazon in Europe by 2019 and expand into the United States.