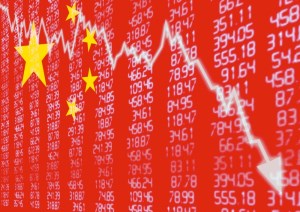 With trade tensions between the US and China continuing to simmer, global trade growth could potentially grind to a halt this year, contracting by up to 2.3 per cent in 2020.

However, it is not just the risk of short-term suffering of the Chinese economy from trade restrictions that poses a risk to the Australian economy.

Regardless of the trade war developments, China is undergoing a longer-term transformation, rebalancing its economy away from export-and investment-driven growth towards consumption-driven growth.

According to Atradius, a global leader in risk management, Australian businesses need to be aware of the ongoing effects unfolding with China’s slowdown.

“This shift to a consumption-driven economy also reduces demand for commodities, lowering global prices. It is evident that the current difficulties in China are not just temporary blips and that trading with China offers fewer opportunities than in the past.”

China accounts for just over 20 per cent of Australia’s coal export revenues, and its dwindling reliance on fossil fuels could create some risk for the Australian coal sector.

However, China is closing domestic iron and coal mines, and is a major investor in Australia’s liquid natural gas (LNG) industry. This could create opportunities.

“Dependence on China is one of the key risks to Australia’s economy as 34 per cent of Australian merchandise exports are sent there, said Bodnar.

“The next two largest export destinations, Japan (16 per cent) and South Korea (seven per cent), are also key suppliers to China’s high-tech industrial complex and are, as such, among the biggest losers of the trade war. The bigger the effects on these key trading partners, the more significant the fallout for Australia’s economy.”

The Australian economy overall is performing relatively well. However, ongoing growth prospects are tied to China’s economic performance, which will be affected to some extent by the trade war with the US.

However, China’s own rebalancing and slower economy will be far more significant for the Australian economy. A reduction in exports would highlight weaknesses elsewhere in the local economy, potentially putting pressure on businesses in every sector.

Due diligence is vital

“These businesses should be very careful to do due diligence on any potential opportunity before jumping in,” he said.

“If China’s downturn deepens, the effect on Australia’s economy could become marked. It’s basic economics; less trade with a key trading partner means fewer opportunities to export and more expensive imports, which means Australian businesses make less money and can employ fewer people, putting a squeeze on spending in the economy and affecting everyone.

“Australian businesses should, therefore, keep a careful watching brief on China’s economy and be cautious about seizing business opportunities in the region.

“As always, they should work with their trade credit insurance provider to assess the risk and ensure they’re covered if a buyer fails to pay for the goods or services.” 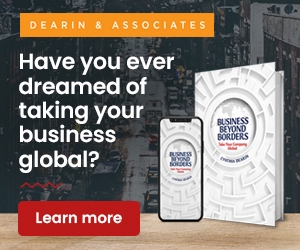