‘UK wine exports are at their highest level in a decade’
Rachel Triggs, Wine Australia read more
Our new e-magazine is OUT NOW. Click here to read.
REGISTER ADVERTISE
SUBSCRIBE TO OUR FREE NEWSLETTER
PUBLISHED | NOVEMBER 14, 2017
COMMENTS | NONE
Tweet 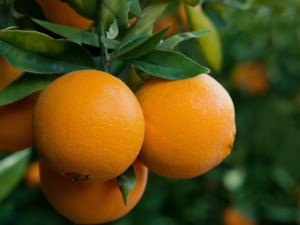 One of the world’s leading premium orange growing regions has been formally granted pest free status by the Chinese Government raising hopes of continued growth of South Australian citrus exports to Asia.

South Australia is the only mainland Australian state that is free of fruit flies.

Its Riverland region is renowned for producing some of the world’s highest quality table oranges.

The Chinese Government had previously required all Australian oranges to undergo rigorous temperature and loading protocols, which added about $200 a tonne to export costs.

The changes come at an opportune time when Australian citrus exports to China are increasing and are set to reach a record of 85,000 tonnes in 2017.

Located along the Murray River about 250km east of the South Australian capital Adelaide, the Riverland is the third largest citrus growing region in Australia. However, its high proportion of navel oranges and ideal growing conditions make it a leading exporter of premium table oranges.

Impi Citrus exports more than 1000 tonnes of navel oranges from its Riverland packing plant in Renmark to Asia each year with Japan being its biggest international market.

Previously the company’s orders for China had to be sent to a specialist facility in Victoria to be chilled before being loaded into a container where the oranges needed to be kept at 3C for 21 days ­­— adding about $5000 to the cost per 25-tonne container. The new certification will also cut shipping time to about 14 days.

Impi Citrus Marketing Manager Ben Cant said the pest free certification was a massive win for Riverland exporters and gave them a competitive price and timing edge over Australian producers in other regions.

“Potentially it means that the stock we land in China will be a week younger and it also means we are able to react to the market with a lot more flexibility because we’re not chilling fruit down,” Mr Cant said.

“The Japanese and Chinese are very quality focused and they have continued to recognise the quality of Australian citrus so we think it’s going to increase our ability to ship to China, we think it will make the market a bit more stable but we’re excited all round because Japan still has room for growth and China has room for significant growth.”

Best citrus in the world

Last year, Australia was the world’s eighth largest orange exporter behind Spain, the United States, South Africa and Egypt. South Australia alone exported $102 million worth of citrus in 2015-16, up from $71 million in 2014-15.

“Australia is regarded as having the best citrus in the world because of its climate and the Riverland is regarded as the best region in Australia particularly for table oranges,” Mr Cant said.

“The export demand is so strong that it has underpinned domestic pricing and our returns have been very good.

“Citrus is very buoyant financially at the moment – there’s a lot of investment going on to increase production to meet export demand.”

South Australian Agriculture, Food and Fisheries Minister Leon Bignell said the announcement that China had agreed to amend its import conditions for Riverland citrus was the result of several years of negotiations.

“This is outstanding news for the Riverland and will be instrumental in opening up further export opportunities for the region,” he said.

“It’s fantastic to see years of diplomatic negotiations come to fruition with all produce from the Riverland now recognised as pest free.

“This announcement will further reinforce our reputation in the international arena and I look forward to building an even stronger relationship between South Australia and China.”

The Riverland is also Australia’s largest wine grape producing region, accounting for about 25 per cent of the nation’s annual production.