No longer is supply chain congestion the predominant cause for concern for Australian importers – instead, manufacturing is.
David Aherne, international freight forwarder read more
Our new e-magazine is OUT NOW. Click here to read.
REGISTER ADVERTISE
SUBSCRIBE TO OUR FREE NEWSLETTER
PUBLISHED | AUGUST 6, 2015
COMMENTS | NONE
Tweet 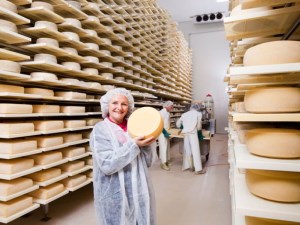 A South Australian food processing company has landed a lucrative deal to distribute its products in 150 cities across China.

"Our two companies share a common objective of taking lean, green and safe products from high-quality producers in Australia into the discerning consumer markets in China," said Beston chairman Roger Sexton in a statement last week.

Under the agreement, Beston will be the preferred Australian supplier of food and beverages to the Dashang Group.

Dashang reported sales revenues of more than $40 billion last year through shopping centres in 150 Chinese cities, including its own supermarkets and high-end gourmet specialty stores.

Dr Sexton said it also has the opportunity to create and stock a Beston Pure Foods section in the up-market stores operated by Dashang.

“BFC has formed a close working relationship with Dashang following on from the signing of the Free Trade Agreement between China and Australia,” Dr Sexton said.

“Our two companies share a common objective of taking clean, green and safe products from high quality producers in Australia into the discerning consumer markets in China.”

Beston has established a wholly-owned subsidiary in China through the acquisition of the Dalian Australian Food Expo Company.

The company, which consolidates about 7000 distribution outlets across China, will manage the import, customs clearance and distribution of BFC’s food and beverage products.

In addition, Beston has a customer relationship with online supermarket product distributor Yihaodian, 51pc owned by Walmart and with 57 million registered users at the end of 2013.

Dr Sexton told the Adelaide Advertiser that Beston’s goal is to be recognised as a reliable, high quality and consistent provider to burgeoning global consumer markets, which are becoming increasingly concerned about issues of food safety.

The company expects to raise $130 million when it floats on the Australian share market later this month.

The Initial Public Offering of Beston opened on August 1 and will close at 5pm on August 17, with trading due to start on the ASX on August 28.

Dr Sexton said institutional investors had committed $100 million within four days of the offer being released earlier this month.

Dashang has agreed to subscribe to 14.9 per cent of Beston’s stock as part of its $130 million Initial Public Offering, he said.