'USMCA is the most important deal we've ever made by far’
US President Donald Trump read more
Our new e-magazine is OUT NOW. Click here to read.
REGISTER ADVERTISE
SUBSCRIBE TO OUR FREE NEWSLETTER
PUBLISHED | MAY 15, 2019
COMMENTS | NONE
Tweet 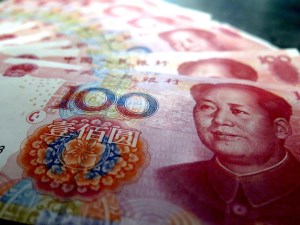 China’s economy is now losing the momentum it gained in the first quarter, as the trade war with the US intensifies.

Over the past week, the world’s two largest economies have exchanged tit-for-tat tariffs, as it looked like chances of a near-term trade deal – which had appeared to be growing only two weeks ago – have dwindled.

Industrial production growth – the output of industrial sectors in China’s economy, including manufacturing – fell to 5.4 per cent from 8.5 per cent in March.

Retail sales, a measure of consumer demand in China, grew by 7.2 per cent in April, well below 8.7 per cent rate in March – and the lowest in 13 years.

Exports dropped by 2.7 per cent in April, countering a 14.2 per cent rise in March and an economic growth rate of 6.4 per cent in the first quarter of 2019.

And vehicle outputs and sales in April declined by 14.45 per cent and 14.61 per cent year-on-year respectively, according to the China Association of Automobile Manufacturers.

The weak data is likely to rekindle the debate over whether the Chinese government needs to enact more fiscal and monetary stimulus to prop up the economy. After the stronger-than-expected first quarter GDP figure, the Politburo had downgraded the need for further stimulus.

With tariffs on US$200 billion of Chinese goods having risen to 25 per cent and further 25 per cent tariff to be applied to most of the remaining Chinese exports to the US, valued around US$300 billion, it remains to be seen what tools Beijing has in its arsenal to defend its economy.