'USMCA is the most important deal we've ever made by far’
US President Donald Trump read more
Our new e-magazine is OUT NOW. Click here to read.
REGISTER ADVERTISE
SUBSCRIBE TO OUR FREE NEWSLETTER
PUBLISHED | APRIL 20, 2019
COMMENTS | NONE
Tweet 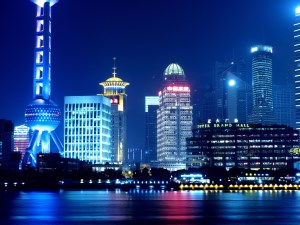 But this was the joint-slowest growth rate since quarterly growth records began to be published 27 years ago, official figures show.

The median forecast of a Bloomberg survey of economists predicted gross domestic product (GDP) growth would slow to 6.3 per cent for the quarter.

However, it falls within the government’s growth target range of between 6.0 and 6.5 per cent for this year. Last year the economy grew at 6.6 per cent.

GDP growth matches the fourth quarter growth figure of 6.4 per cent, which matched the lowest growth rate since the Chinese government began publishing quarterly growth rates at the beginning of 1992.

The Chinese economy is battling a number of serious headwinds, including a long-running trade war with the United States, weak consumption at home and slower export demand abroad, as well as debt problems in both the public and private sectors.

Industrial production, a measure of the output of the industrial sectors in China’s economy, including manufacturing, mining and utilities, grew by 8.5 per cent in March from a year earlier.

This was much higher than a Bloomberg poll of analysts, which had forecast 5.9 per cent growth and is up from the 5.3 per cent year-on-year growth for January and February, when the data was combined to counter the distortions created by the Lunar New Year holiday.

The January-February growth rate was the lowest reading since 2002.

Also, retail sales, a measure of consumer demand in China, grew by 8.7 per cent in March from a year earlier. This was higher than the expected figure of 8.4 per cent.

It was also better than January-February’s combined performance, when it grew 8.2 per cent. 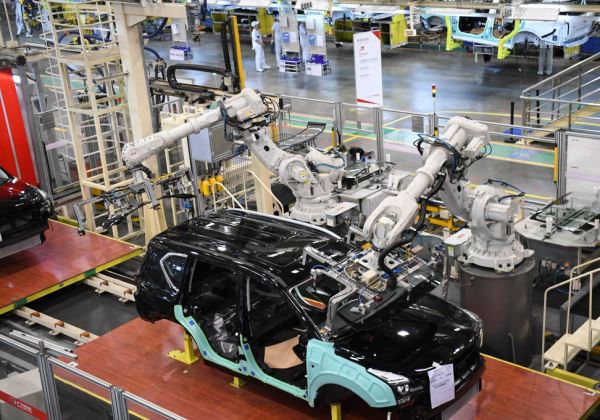 The numbers suggest that Beijing’s stimulus measures are starting to boost the Chinese economy, as intended. It has been estimated that stimulus, through expansionary monetary policy, tax cuts and infrastructure spending, could be as high as 4.25 per cent of GDP this year.

Meanwhile, the US-China trade war has acted as a net drag on the economy over the past 10 months.

Exports showed some sign of recovery in March, rising 14.2 per cent growth from a year earlier. However, imports fell by 7.6 per cent, suggesting continued weak domestic demand.

Experts have long warned that the real impact of the trade war will be on economic sentiment, with uncertainty reducing business investment and consumer spending.

Beijing has been attempting to counter weaker sentiment in China with its substantial stimulus program.