'USMCA is the most important deal we've ever made by far’
US President Donald Trump read more
Our new e-magazine is OUT NOW. Click here to read.
REGISTER ADVERTISE
SUBSCRIBE TO OUR FREE NEWSLETTER
PUBLISHED | AUGUST 1, 2017
COMMENTS | NONE
Tweet 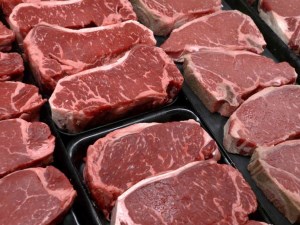 Chinese authorities have allowed some shipments of Australian beef to hit the shelves as talks continue on a long-term solution to product labelling concerns.

China's quarantine agency has raised concerns over labels on some boxes of exported beef that do not match the labels on the packets inside.

The temporary ban has put hundreds of millions of dollars in Australian beef exports at risk.

However, Trade Minister Steve Ciobo said Chinese authorities had agreed meat sent from Australia before July 24 would be allowed into the country.

"That makes a material difference to those exporters and represents the goodwill between Australia and China," Mr Ciobo told AAP last week.

"We are able to talk these issues through."

The minister, who has been briefed by Australia's acting ambassador in Beijing, may travel to China this week for futher talks.

Meanwhile, Australian authorities are carrying out a "snap audit" of the six processors affected by the ban.

"We want to make sure that we are able to provide the assurances that the Chinese agency and the Chinese government are looking for," Mr Ciobo said.

"I want to make sure that we can deal with this in a way that's respectful of Chinese concerns and hopefully overcomes this as quickly as possible."