‘UK wine exports are at their highest level in a decade’
Rachel Triggs, Wine Australia read more
Our new e-magazine is OUT NOW. Click here to read.
REGISTER ADVERTISE
SUBSCRIBE TO OUR FREE NEWSLETTER
PUBLISHED | JANUARY 29, 2015
COMMENTS | NONE
Tweet 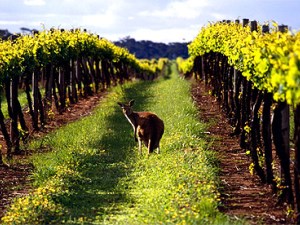 A lift in demand for premium wines has helped boost Australia's wine exports for the first time since 2007.

Figures released by the Australian Grape and Wine Authority earlier this month show exports rose by 1.9 per cent in both volume and value terms during 2014.

The value of the wine jumped 19 percent to $1.82 billion, partly driven by demand for premium wines – above $7.50 per litre – in North America, Europe and much of Asia.

Premium wines – and especially ultra-premium wines priced above $50 – experienced the strongest growth throughout the year.

“It's encouraging to see the value of Australian wine exports in positive growth for the first time since 2007,” said AGWA acting chief executive Andreas Clark.

“Increasing demand for our premium wines was a major contributing factor to that growth.”

In the US, demand for premium wine lifted as the improving economy and more buoyant stock markets resulted in consumers having more money.

But the export of cheaper bulk wine to the US fell because two consecutive record US grape harvests had reduced demand for imported wine.

More than 90 percent of ultra-premium wines were exported to Asia.

While Beijing's austerity measures since late 2012 have hurt China's imported wine market, total Australian exports rose by eight percent last year to 40 million litres with a value of A$224 million.

"In volume terms, bottled exports have almost recovered to the levels recorded before the full effects of the austerity measures took hold," the AGWA said.

China is Australia's third-largest export market for wine in terms of value, behind the US and Britain.