The value of Australian wine exports jumped 14 per cent to $2.1 billion in 2015, according to the latest Wine Australia Export Report.

This is the highest value in more than eight years.

And for the first time the value of Australian wine exports has grown in each of Australia’s top 15 export markets in a calendar year.

The strongest growth was in China, Japan and Korea.

“The value of Australian wine exports grew in each of the top 15 export markets in the year ended December 31, 2015,” said Wine Australia CEO Andreas Clark.

“This export growth should be warmly welcomed by the Australian grape growing and winemaking community as it is largely a result of their hard work.”

“Internationally, we are now seeing large-scale retailers put more focus on the Australian category, and a number of importers, including some of Japan’s largest, have started importing new Australian wines, giving more energy to the market place,” Senator Ruston said.

“The fact that Australia’s strongest export growth was recorded in to China, and the new ChAFTA effects are not yet reflective in Wine Australia’s figures really does indicate that we are in the midst of yet another boost in market optimism.”

“The JAEPA has been in force for 12 months now, and the industry is responding well to the agreement which immediately cut tariffs on bulk wine to zero and will reduce tariffs on bottled wine over a seven-year period.”

And after a year of the KAFTA which saw the removal of the15 per cent tariff on Australian wine, exports to South Korea have increased by 38 per cent, hitting their highest value since 2008. 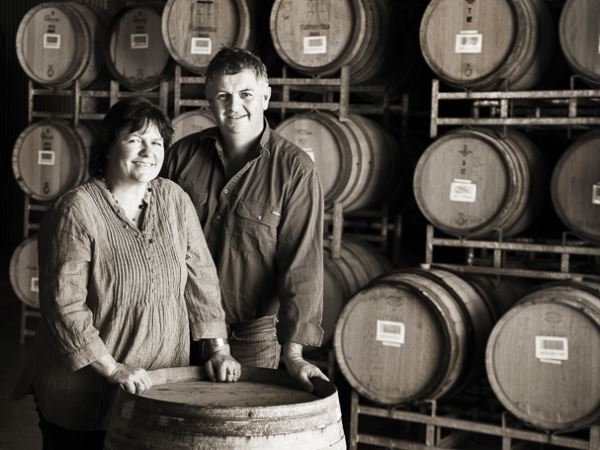 Guy Adams, Managing Director of Langhorne Creek wine company Brothers in Arms, attributes their export success in the important US market to “a significant investment in time and cash, patience and persistence” as well as “having access to a consistent supply of quality product at the right price.”

He believes that companies interested in the US market need to invest in shoe leather, saying: “they must be prepared to invest in the travel the market requires for success.

According to the Wine Australia Export report, the value of exports increased at each price point.

The largest increase was in wines with a free on board (FOB) value over $10 per litre.

Sales of these wines grew by 35 per cent to a record $480 million. They now make up 23 per cent of the value of Australia’s wine exports.

A detailed breakdown of this growth for exports of wines with a FOB over $10 per litre shows wines valued at FOB:

Bottled wine has been the key driver of the export success. Bottled exports increased by 17 per cent to $1.6 billion and the average value increased by 7 per cent to $5.20 per litre. This is the highest value since 2003 on a calendar year basis.

The top five markets by value are:

2. The UK (Australia’s number one market by volume), which increased 0.2 per cent to $376 million