Challenges and opportunities for Australian exporters in the global food sector 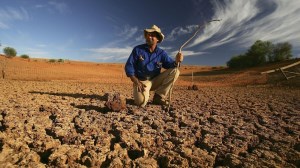 The food sector is performing generally well with most countries experiencing stable conditions.

Rising trade disputes have left the food industry relatively untouched because supply conditions are good. However, with heightened food import bills, food markets could be vulnerable. And, price volatility, health issues, and the weather all have a role to play in determining the health of this sector.

Australia: The number of non-payments notifications in this sector increased in 2018, and is expected to rise further over the next six months. The drought situation has put additional pressure on the margins of players across the industry due to higher input costs. Consequently, many businesses are struggling to break even, and some have even incurred losses. That said, the insolvency environment is expected to remain stable, with no major increase expected.

Denmark: China has joined Germany, Sweden, and the United Kingdom as Denmark’s most important food export markets, and sales increases in recent years have mainly been driven by demand from emerging markets. The domestic market is characterised by excess capacity, fierce competition and price-sensitive consumers, putting pressure on retailers’ already thin profit margins. As profit margins are generally low in the sector, businesses, especially smaller players, are susceptible to sudden market shocks.

France: Generating revenues of EUR 180 billion in 2017, up 3.8 per cent year-on-year, gross domestic product (GDP) for the French food sector is expected to grow by 1.5 per cent in 2019. However, margins of food processors have reached an all-time low in 2018, additionally impacted by high labour costs, higher taxation, and stricter regulations compared to their foreign competitors. Both payment delays and insolvencies have increased further in 2018, especially in the meat segment. Increased credit insurance claims both in terms of numbers and value indicate that the French food industry is currently no longer as resilient as it used to be.

Germany: In 2018, domestic market conditions remained difficult for food producers and processes due to rising input costs, including labour costs, and structurally-low margins. The German food retail market is the most competitive in Europe, with low market prices due to the overwhelming power of the leading food retailers and discounters. This, together with tough competition and price wars in the food retail sector indicate that food producers, processors, and suppliers have found it difficult to pass on costs. This situation is expected to remain more or less unchanged in 2019. The German food sector also remains affected by considerable fraud cases, which are still rising and getting increasingly tricky and professional.

Italy: Italian food production, processing and retail remain heavily fragmented, with a very competitive business environment. High competition, too many players and a low average size of food retailers impact the food retail segment. Even the biggest Italian food retail businesses are small compared to other major international players. At the same time, e-commerce is increasingly challenging traditional bricks-and-mortar food retailers. However, for now, this segment remains rather resilient, and positive credit cycle helps mitigate the risk of liquidity distress.

The Netherlands: The Netherlands is one of the world’s largest exporters of agricultural food products, second only to the US. However, risks that could potentially trigger a setback in the sector performance are mounting, as the strong export orientation makes many Dutch food businesses susceptible to geopolitical risks, trade disputes, and price/currency fluctuations. Issues like an escalation of the Sino-US trade dispute and a hard Brexit could pose considerable risks in 2019.

United Kingdom: Due to an inability to absorb higher input costs and increased pressure on margins, both payment delays and insolvencies increased in 2018 and are expected to continue in the first half of 2019, at least. Some larger players continue to push the supply chain on price and longer payment terms, adding cash flow challenges to mainly smaller food businesses.

As consumer habits continue to change and the need for food manufacturers to be more transparent regarding ingredients, production processes, and supply chains, there are various business opportunities available to smart Australian exporters.

As well as the food itself, there is potential to serve this market with technology solutions that either streamline the manufacture of food or provide the transparency that the marketplace is looking for.

When a business is looking to grow and expand there are risks, trade credit insurance is one strategy that can help mitigate the risk by credit checking new buyers or assessing export markets. It may also help businesses gain more access to finance.