‘UK wine exports are at their highest level in a decade’
Rachel Triggs, Wine Australia read more
Our new e-magazine is OUT NOW. Click here to read.
REGISTER ADVERTISE
SUBSCRIBE TO OUR FREE NEWSLETTER
PUBLISHED | APRIL 3, 2014
COMMENTS | NONE
Tweet 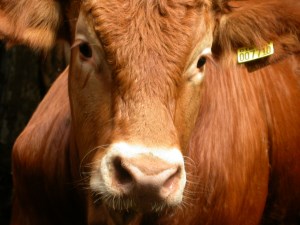 More than 90,000 cattle have been exported from Darwin – northern Australia's biggest port – in the first quarter of 2014.

Of those, more than 80,000 were sent to Indonesia, with the rest split between Vietnam, Malaysia and Brunei.

A heavy wet season in the Top End means a third of the cattle exported from Darwin were sourced from outside of the Northern Territory.

When compared to the first quarter of 2013, there's been an extra 32,600 cattle exported from Darwin this year.

Prices continue to be strong, with feeder steers to Indonesia still fetching $2.30 a kilogram and heifers $2.10 a kilogram.

It's a much better price than what's on offer ex-Townsville, with feeder steers from there getting $1.80 a kilogram.

When compared to the prices on offer this time last year, feeder steers ex-Darwin to Indonesia are getting an incredible 65 cents a kilogram more.

Things are only going to get busier for the Darwin port, with Indonesia recently releasing second quarter permits for 273,000 Australia cattle.

The year's third shipment of buffalo is expected to leave Darwin for Vietnam in the coming weeks.

Already this year, 618 buffalo have been exported to the new market.