‘UK wine exports are at their highest level in a decade’
Rachel Triggs, Wine Australia read more
Our new e-magazine is OUT NOW. Click here to read.
REGISTER ADVERTISE
SUBSCRIBE TO OUR FREE NEWSLETTER
PUBLISHED | APRIL 29, 2019
COMMENTS | NONE
Tweet 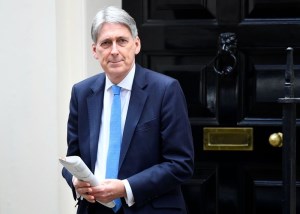 British finance minister Philip Hammond is hopeful of clinching a Brexit compromise with the opposition Labour Party before the current deadline of October 31.

This would allow the ratification of Prime Minister Theresa May's divorce deal, which has been rejected on three previous occasions.

The UK was due to have left the European Union on March 29, but Mrs May sought an extension in a last ditch attempt to get her deal approved by parliament.

The government is trying to convince the Labour Party to back her deal but Labour wants to keep Britain in a customs union with the EU and has been discussing the idea of holding a confirmatory referendum.

"I'm optimistic that we will find common ground," Hammond told AAP while in Beijing to attend a summit on China's Belt and Road initiative.

Mr Hammond said he “had a very constructive meeting with my Labour counterpart” before leaving the UK and there are further meetings going on in London now.

He denied talks with Labour had stalled.

"There is a national interest imperative that we find a way through which allows Parliament to agree to support a deal," he said.

British Foreign Secretary Jeremy Hunt said last week he would opt to leave the EU without a deal if he was faced with a choice between a no-deal Brexit or not leaving the bloc at all.

But Hammond said a no deal would hurt the British economy.

"If we were to have a no deal Brexit that would inflict serious short term turbulence on our economy and long term damage, reducing Britain's growth level and reducing the living standards of the British people," he said.