‘UK wine exports are at their highest level in a decade’
Rachel Triggs, Wine Australia read more
Our new e-magazine is OUT NOW. Click here to read.
REGISTER ADVERTISE
SUBSCRIBE TO OUR FREE NEWSLETTER
PUBLISHED | JUNE 26, 2016
COMMENTS | NONE
Tweet 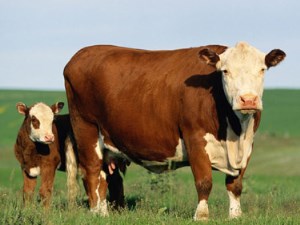 Brexit could have a negative impact on beef, lamb and wine exports to the UK, according to a senior analyst with Rabobank, the world's leading financial services provider for the food and agri sector.

Marc Soccio says the British pound, which has tumbled in the wake of the Brexit decision, would increase the price of Australian imports for UK consumers.

This could prompt the UK to look elsewhere for products.

“I think particularly you’ve got to look at the currency impacts to begin with,” Mr Soccio told the Weekly Times.

“If you’re a beef or lamb or wine exporter to the UK, and all of the sudden the pound has dropped 10 per cent, we don’t know where that will level off at.

“All of a sudden those products start to look a hell of a lot more expensive and there would be a demand impact from that if it lasts long enough.

“We all expected if they did choose to leave the EU that the pound would be negatively impacted and the pound will be lower for longer as a consequence and it means the value of our key agri exports will be impacted.”

Mr Soccio said hopefully the markets had overreacted and the pound would rebound in the near future.

“Initially I think the real repercussions are just going to be around capital flow,” Mr Soccio said.

“People will shift their capital around in response to this result.

“Financial markets we all know have been on tenterhooks since the beginning of the year, and they’ve just been waiting for some sort of a trigger for a correction, and unfortunately I think this is going to be exactly that.”

Mr Turnbull said the instability currently seen in financial markets across the globe would be ironed out in the long run.

“It is important to remember that the Australian economy is strong and resilient and has weathered global shocks before and weathered them well.”

Mr Turnbull said he had no doubt the British government would negotiate a satisfactory departure from the European Union.

“This could take several years, and in the meantime, our relations with the United Kingdom, which are as close as any two nations' relations could be, will continue as positively and intimately as ever,” he said.

As the UK is no longer a huge trading partner with Australia, Brexit will probably not have a big direct impact on our trade, they say.

Less than 4 per cent of Australia's goods exports went to the UK and about 5 per cent to Europe, compared with about 75 per cent to emerging markets.

But some Australian companies are reportedly worried that Brexit could now make it more difficult for them to trade in Europe as well.

UBS economist Scott Haslem warned that a shock to global markets in the aftermath to Brexit could have a real impact on the world economy – further depressing the confidence of businesses and investors.

"We live in a world where businesses are fairly subdued in their investment expectations, and this type of uncertainty can certainly lean on global growth, and make the world that Australia lives in a bit slower," Mr Haslem told Fairfax Media.

Others fear the Brexit vote could prompt other European countries, such as the Netherlands, to leave the euro zone, causing further financial chaos to global markets.

However, National Australia Bank chief economist Alan Oster said he wasn't rushing to change his forecasts for Australia's economy based on the Brexit vote.

The UK's trade with Europe would not simply grind to a halt as there would be up to two years of negotiations on trade agreements with the EU, Mr Oster points out.

"What happens between Europe and the United Kingdom really does not have a big impact on the global economy," he said.