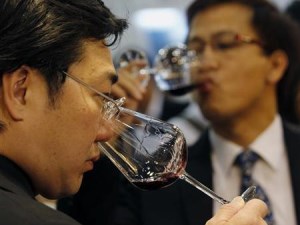 Australian wine exports continued to experience strong growth in the 12 months to the end of June 2016 – particularly demand for premium wine in Asia and North America.

The value of exports grew by 11 per cent from July 2015 to June 2016, according to Wine Australia’s latest Export Report.

This was driven largely by bottled exports, particularly fine wine.

“Our finest wines contributed to almost half of the total value growth in the last 12 months,” said Wine Australia CEO Andreas Clark.

The FOB value of the wine is calculated when goods placed are on board the international carrier, at the border of the exporting country.

“This growth contributed an additional $102 million to the value of Australia’s wine exports.”

All export regions recorded growth in the last year, except for Europe, which declined by 1 per cent to $574 million.

Northeast Asia continued to lead growth, with value increasing by $158 million (34 per cent) to $618 million.

Exports to mainland China grew by 50 per cent to $419 million, despite a slowing economy. This exceptional growth was aided by the China-Australia Free Trade Agreement, and the growing Chinese middle class’ increased interest in wine.

When combined with Hong Kong ($124 million), China is the largest market for Australian wine exports.

Value to mainland China increased across the price segment spectrum, with the greatest growth once again in exports valued at over $10 per litre, up 71 per cent to $169 million.

The United States (US) remained Australia’s number one destination for wine by value and exports grew by 8 per cent to $449 million. The trend towards Australia’s premium wines continued with exports priced $10 and above per litre FOB increasing by 16 per cent, reflecting the improving perception of Australian wine among the US trade, with a growing number of importers taking on more premium Australian brands.

“There is still much work to do in increasing the awareness and availability of premium Australian wine in the US,” Mr Clark said.

“To continue sustainable growth in our most valuable market requires a long-term approach and a focus on re-establishing relationships and confidence in the category, supported by significant, consistent investment to drive the Australian fine wine message.”

Tweet
Previous Comments Leave A Comment
Riley Kirkpatrick
Agreed. We have certainly experienced a strong uplift in exports to China at Harland Wine Company and the general sentiment around the ChAFTA from our Chinese clients has been very positive. With strong interest from India and Vietnam as well the future of wine exports is looking very healthy.
SUBSCRIBE TO OUR FREE NEWSLETTER
Our latest e-magazine is OUT NOW. Click here to read.