Bid to rebuild trade ties between Australia and Iran 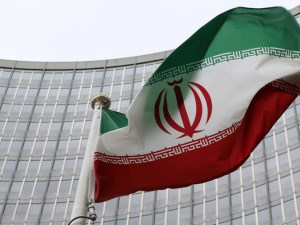 Trade Minister Steven Ciobo will lead a business mission to Iran this week to begin rebuilding Australia’s commercial relationship with one of the Middle East’s biggest economies.

Mr Ciobo plans to re-open the Austrade office in Tehran, which has been closed since 2010.

The office will play a key role in helping Australian business navigate the market.

With a population of almost 80 million people and a GDP of about US$393 billion, Iran’s re-engagement into the global economy offers many opportunities, the Minister said.

Mr Ciobo will be accompanied by 20 senior representatives of Australian companies in health, water management, agribusiness and food, mining, education and training.

“These are sectors in which there are strong complementarities between Iranian needs and Australian expertise.”

While in Iran Mr Ciobo will meet with Iranian Government ministers, including the Minister for Industry, Mines and Trade, Mohammad Reza Nematzadeh, and key representatives of Iranian business.

Iran has been isolated from the global economy for a decade due to sanctions.

Sanctions were eased in January this year following implementation of the Joint Comprehensive Plan of Action nuclear deal.

“There are significant trade opportunities as Iran re-engages with the world,” Mr Ciobo said.

“The United States, the UK and a number of other countries are moving and looking to capitalise on this opportunity and I want to make sure as Australia’s Trade, Tourism and Investment Minister that Australia is there as well.”