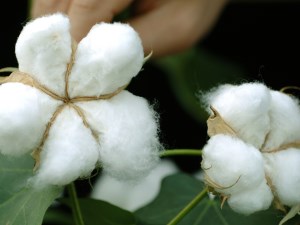 Bordered by India and Myanmar, Bangladesh is the second largest cotton importer in the world and has become a significant cotton export market for Australia.

Tim Martin, Austrade’s New Delhi-based Trade Commissioner and Bangladesh Country Manager, said while sometimes overshadowed by its neighbour India, Bangladesh is a substantial market itself with a population of 166 million.

“Bangladesh, the ‘Emerging Tiger’ of South Asia, has recorded annual growth of six per cent since 1990 due to its growing textile industry,” said Martin.

“It is also the second largest garment exporter in the world, with ready-made garments accounting for nearly 80 per cent of the country’s export revenue.

This is projected to double within four years and see Bangladesh overtake China as the world’s largest importer of cotton.

Australia is also the world’s fourth largest exporter and has earned a reputation as a reliable supplier of high-quality cotton which has almost zero contamination.

Austrade Dhaka, in partnership with the Australian Cotton Shippers Association (ACSA), has conducted numerous initiatives with the local textile sector to position Australian cotton as a key supplier.

This included the 10 member ACSA delegation, led by Chairman Tony Geitz, which visited Dhaka in May this year. The delegation participated in seminars which highlighted Australia’s cotton capabilities, quality attributes and latest research.

Martin said the success of this mission generated significant interest from Bangladesh Textile Mills Association (BTMA) members and as a result several BTMA members will be attending the 18th Australian Cotton Conference, organised by ACSA and Cotton Australia, held from August 2-4.

“While Bangladeshi spinners still think Australian cotton is expensive, tie-ups between textile companies in Bangladesh and big retail buyers in Australia are proving to be a lucrative and growing channel for Australian cotton growers. It is expected the visiting BTMA members will also result in creating new partnerships,” said Martin.

Australia’s trade with Bangladesh has grown steadily over the past few years, with two-way trade totalling A$1.4 billion for the 2014-15 financial year. Australian exports to Bangladesh was A$708 million.

With a growing middle class of around 30 million, Bangladesh is also developing as a significant consumer market, while exports account for 25 per cent of GDP.