‘UK wine exports are at their highest level in a decade’
Rachel Triggs, Wine Australia read more
Our new e-magazine is OUT NOW. Click here to read.
REGISTER ADVERTISE
SUBSCRIBE TO OUR FREE NEWSLETTER
PUBLISHED | SEPTEMBER 22, 2016
COMMENTS | NONE
Tweet 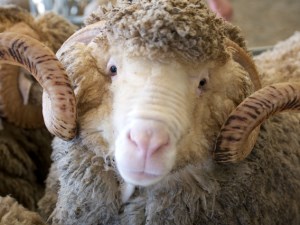 The agricultural research paper, titled The Sheep’s Back, released by ANZ, paints a positive picture for sheep farming.

But the report warns that productivity gains are critical to realising the 21 per cent increase in global demand for meat and nine per cent rise for wool by 2040.

ANZ Head of Agribusiness Mark Bennett said: “Economic growth in developing nations and consumption patterns give rise to optimism for sheep farming, with forecasts showing the total value of sheep meat produced could increase by 30 per cent by 2040.

The paper suggests that while demand for lamb and mutton is not expected to grow at the same volume and value as beef, the percentage growth in value of global demand for sheep meat is expected to outstrip both pork and poultry.

“The modelling in the report shows greater demand coming from Asia, the Middle East and Africa. Conversely, we’re expecting demand in other markets like America and Europe to cool,” Mr Bennett said.

Asia will also continue to be the number one destination for Australian wool, and with China transitioning towards a service-based economy it’s expected Vietnam and Indonesia will increase their processing capabilities.

“Overall demand for wool is only expected to increase slightly, but the value of global demand could also increase by as much as $1 billion by 2040,” Mr Bennett said.

The report also highlights the role sheep production can play in risk management for mixed farm operations. Almost 30 per cent of farmers across the nation farm sheep, primarily as part of a mixed farming operation.

Mr Bennett says sheep farming is a low cost and low volatility enterprise, which is less exposed to an international price than cropping, beef or dairy.

“While we’re unlikely to reach the flock numbers and outputs of the 1970s, sheep and wool production still accounts for approximately 11 per cent of Australia’s agricultural production and 14 per cent of agricultural exports. Therefore, the opportunity for expansion is there for sheep farmers with a focus on efficiencies, innovation and value-adding.”

The report concludes that the sheep industry will continue to play an important role in the mix of Australian agriculture.

“While we may not return to ‘riding on the sheep’s back’, Australia should take confidence from these future demand forecasts. The case for greater investment in the industry is strong,” Mr Bennett said.

The full report is available at: http://anz.co/A19L304mPxa