Australia’s exports to China to double by 2030 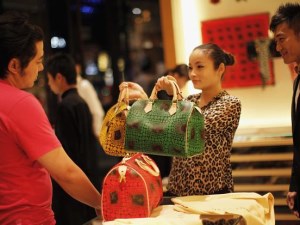 Australia's exports to China could double to $250 billion in just 15 years, according to a new report.

This group will more than double its spending, the report predicts, lifting China’s consumption as a portion of GDP to nearly 50 percent – up from 38 percent in 2014.

That would take China's consumption above the current economic output of the US.

"Australia needs to adapt to China's new growth model by moving towards service exports, as well as opportunities in agriculture and manufacturing," Mr Hogan said.

ANZ CEO International and Institutional Banking Andrew Géczy said: “Growth in spending by China’s middle class will not only transform China’s economy and place it on a more sustainable path but will rebalance the global economy.

“These opportunities will be supported by the recently signed China–Australia Free Trade Agreement, Mr Géczy said.

“Volatility in China’s stock market, uncertainty about the RMB’s outlook and downward revisions to China’s growth forecasts have recently raised questions about China’s vision for the future.

“However continued momentum of economic and financial reform is the first-step towards a more open economy and it is ultimately fundamental to a rise in Chinese consumption.”