'USMCA is the most important deal we've ever made by far’
US President Donald Trump read more
Our new e-magazine is OUT NOW. Click here to read.
REGISTER ADVERTISE
SUBSCRIBE TO OUR FREE NEWSLETTER
PUBLISHED | OCTOBER 22, 2014
COMMENTS | NONE
Tweet

Australian wine exports on the rise 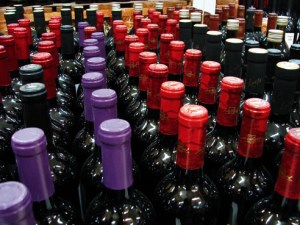 Australia has seen a small rise in its wine exports in the year ended September 2014, highlighted by a 6 percent growth in average value of bottled wine.

And total value was steady at A$1.78 billion.

The average value of bottled wine exports also grew by 6 per cent to A$4.83 per litre, continuing six years of consistent growth and reflecting a slow but increasing demand for wines in the premium category.

In contrast, bulk wine exports fell in value by 1 per cent to A$1.00 per litre.

“Growing interest by consumers in premium wines was a contributing factor in wine exports in the A$7.50-$9.99 price segment increasing by 8 per cent to 15 million litres and by 6 per cent in the A$10.00 and above segment to 16.7 million litres, Mr Clark said.

“Total Australian wine exports increasing in volume were helped in part by the stronger performance of the white wine category which offset declines in red wine.

“Red wine exports fell by 3 per cent to 383 million litres with Shiraz, Cabernet Sauvignon and Merlot all recording falls.”

The UK remains Australia’s biggest export market by volume dominated by bulk wine exports that are destined for Europe. Total volume increased slightly by 1 per cent to 245 million litres.

Just 15 per cent of wine exported to the UK is bottled, falling from 19 per cent on the previous year although the average price for bottled wine rose significantly by 13 per cent to A$4.19 per litre.

The record domestic grape crush, greater consumer demand for premium wine and a weaker Australian dollar have all been contributing factors in the latest export figures for North America.

Bottled wine exports remained flat at 30 million litres but the average value increased marginally by 1 per cent to A$5.13 per litre.

Bottled exports below A$5.00 per litre to Canada declined by 11 per cent to 18 million litres.

Chinese export figures continued to decline albeit at a slower rate with total wine exports down 5 per cent to 37 million litres.

The austerity measures continue to impact the premium wine segment with the average value of bottled wine exports to China down 8 per cent to A$6.13 per litre.

Other Asian markets had strong results including Singapore, Malaysia, Taiwan and in particular Hong Kong which returned a record A$94 million in Australian wine exports.