'USMCA is the most important deal we've ever made by far’
US President Donald Trump read more
Our new e-magazine is OUT NOW. Click here to read.
REGISTER ADVERTISE
SUBSCRIBE TO OUR FREE NEWSLETTER
PUBLISHED | JANUARY 23, 2019
COMMENTS | NONE
Tweet 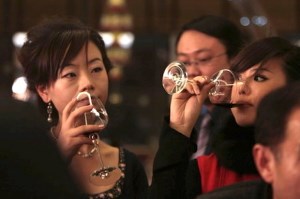 International demand for fine Australian wine continues to grow at a strong pace.

Latest figures show an increase in wine exports of 10 per cent in value to $2.82 billion free on board (FOB) last year.

There was growth in Australian exports to nearly every region of the world in 2018.

The value of exports to Northeast Asia grew by a staggering 19 percent to $1.23 billion in the year ended December 31.

And exports to the Middle East grew by 36 percent to $33 million in the same period.

“This demand translated into growth in almost all price segments,” he said.

Bottled wine shipments increased by 7 per cent in value to $2.24 billion and decreased in volume by 3 per cent to 361 million litres (equivalent to 40 million 9-litre cases). This saw the average value of bottled wine grow by 10 per cent to a record $6.20 per litre FOB.

Unpackaged wine also experienced outstanding growth, reaching record levels in value (up 27 per cent to $560 million) and volume (up 12 per cent to 480 million litres or 53 million 9-litre case equivalents). The average value of unpackaged wine continued to grow, increasing by 14 per cent to $1.17 per litre.

Revival in sales to North America

Red wine continues to be the most popular wine style exported from Australia, and value increased by 12 per cent to $2.14 billion in the year ended December 2018. The value of white wine exports also grew – by 10 per cent to $607 million.

After being in decline for more than 12 months, wine exports to North America are starting to level out.