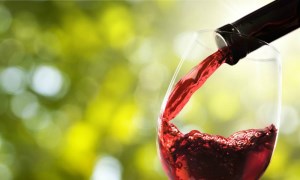 Significant falls were experienced in the June (down 4 percent) and March (down 7 per cent) quarters due mainly to the global COVID-19 pandemic.

Wine Australia CEO Andreas Clark said exports during the first two quarters of the year were following the growth trajectory of previous years but fell in the latter two quarters as COVID-19 restrictions hit economies worldwide.

“The advent of the COVID-19 pandemic has resulted in unprecedented disruption to wine markets around the world with the closure of restaurants, cafes and bars”, Mr Clark said.

“While the first two quarters of 2019-20 showed increases in exports, in the third quarter ending March 2020, exports declined 7 per cent in value on the comparable quarter in the previous year, while the fourth quarter was slightly stronger with a decline in exports of 4 per cent in value.”

Mr Clark said there remained considerable uncertainty surrounding the extent, duration and impact of the COVID-19 pandemic in health and economic terms.

However, there were some clear trends emerging in key markets in relation to wine sales.

“Overall, demand for wine and wine consumption has held up in most markets around the world,” he said.

“The biggest impact has been on how consumers have purchased wine, with the shutdown of the on-premise channel (cafés, restaurants and hotels) and a shift to purchasing more wine online.

“In the off-trade channel (retail liquor sales), there has been growth across all price points, with the trend to premium and fine wine continuing.

“However, the trend for declining commercial/value sales has reversed, with people gravitating to known brands and everyday rather than occasion wines.”

The growth in average value was driven by declines in export volumes, which decreased by 9 percent to 730 million litres (81 million 9-litre case equivalents), the decline led by wine exports in the lower price segments.

The decline in volume is result of less wine being available for export given the lower vintages of 2018, 2019 and 2020.

Mr Clark said that, as the 2020 vintage was the smallest Australia had experienced in a decade, the decline in export volumes was principally driven by supply shortage rather than softening demand.

In the past year, Australian exporters shipped wine to 116 destinations. Exports increased in value to Europe (by 3 per cent to $615 million) and South East Asia (by 0.3 per cent to $181 million).

The top five destinations by value were:

The growth in the average value was due to on-going growth in exports at higher price points as well as a decline at the low-end. Exports at $10 or more per litre FOB increased by 11 per cent to $670 million, while those at less than $5 per litre FOB declined by 18 per cent to $211 million.

Despite the recent decline in value, Australia remains the number one imported wine category in mainland China and has performed better than its key competitors in the last year.

Import data from the Global Trade Atlas shows Australia held a 37 per cent share of the value of wine imported by mainland China in the 12 months ended May 2020, well ahead of France on 27 per cent, Chile with 13 per cent and Italy with 6 per cent.

While Australian exports increased, French imports fell by 36 per cent, Chile by 26 per cent and Italy by 12 per cent.