Australian wine boom in China could just be the beginning 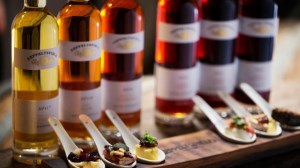 Australia’s recent rise to the top of the Chinese wine market is only the beginning of a decade of unprecedented opportunity, according to a leading exporter from South Australia.

Australia’s recent rise to the top of the Chinese wine market is only the beginning of a decade of unprecedented opportunity, according to a leading exporter from South Australia.

Based on figures from the first five months of 2019, Australia has overtaken France to become the number one imported wine category in mainland China by value. This follows the removal of all import duties on Australian bottled and bulk wine from January 1 under the China Australian Free Trade Agreement.

Wine Australia has released its Export Report for the 12 months to June 2019, which showed Australian wine exports to China (including Hong Kong and Macau) had reached a financial year record, increasing 7 per cent in value to $1.2 billion.

Overall, the value of Australia’s wine exports increased by 4 per cent in value to $2.86 billion over the 12 months, driven by the Chinese exports and a return to growth in the United States.

Miracle nation of the 21st Century

He said Australian wine exports to China had grown from 1 million litres in 1997 to more than 150 million litres a year and had increased at the compound growth rate of 36 per cent from 2015 to 2018.

“China has come from nowhere to be Australia’s largest wine export market by dollar value and its second largest by volume behind the United Kingdom, recently displacing the US,” Randall said.

“We now sell to China in three days what we sold to China per year 20 years ago.” 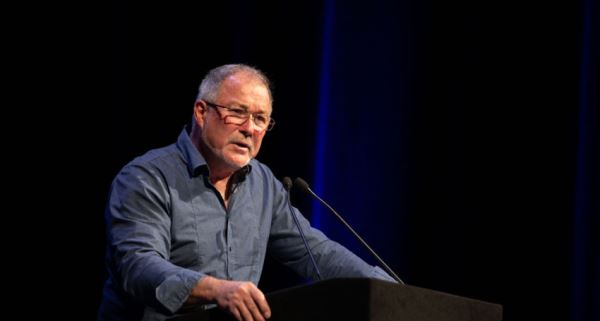 Randall, who co-owns the iconic Seppeltsfield Wines in South Australia’s Barossa Valley, made history in 2017 when Seppelstfield opened a wine chateau in China in a joint venture with Minquan Jiuding Wine Company Ltd.

It is the first Chinese chateau to have a part ownership stake by an Australian winemaker. The South Australian winery has a 37 per cent stake in the A$75 million project.

He said continued growth in Australian volumes to China of 25 per cent a year would result in sales of 820 million litres a year by 2025 – outstripping Australia’s current exports to all countries.

“These numbers can be numbing but they must be comprehended to understand the magnitude of the market before us,” Randall said.

“The Chinese middle class – the consuming class – is absolutely exploding.

“It has taken me 37 business trips to China in the past eight years to start to understand the magnitude of China’s numbers and our potential opportunities for the future.

“The Chinese middle class consumer will become the most targeted consumer in the word and these consumers also need to be the target of the Australian wine industry.”

China is our highest value market

The latest Wine Australia export report showed Australian wine volumes reduced by 6 per cent for the period to 801 million litres but increased in average value by 10 per cent to $3.58/litre.

However, the average price per litre of Australian wine headed to China was $6.64, almost double the global average.

“China is our highest value market and any exporting country should always prioritise maximising price and returns of their products,” Randall told this morning’s conference at the Adelaide Convention Centre.

“At $6.64 per litre FOB or $60 a dozen average price, China should be the number one priority for Australian wineries.”

“South Australia is extremely well placed to supply China because it produces 80 per cent of Australia’s premium wine. The challenge for Australia is we will not have enough wine to satisfy China’s thirst.”

Last year there was more 2700 active exporters – up 19 per cent on the previous year – with the lure of China drawing many new entrants into the export market.

Significant wine opportunity in the US

Wine Australia CEO Andreas Clark told the conference that the overall 4 per cent growth in export value despite a 6 percent reduction in value showed the strategy of premiumisation of Australian wine was working.

He said the decline in overall exported volumes was due to a combination of factors including a smaller 2018 vintage compared with the record breaking 2017 harvest, an easing of international supply pressures and the growth of higher price segments at the expense of bulk wine.

“Growth is being shared across a cross-section of exporters,” he said.

“China remains the key driver but other markets are showing growth including the US where there remains a significant premium wine opportunity.

“I remain very optimistic again notwithstanding ongoing headwinds – we know our future continues to rely on exports and that always comes with global challenges.”