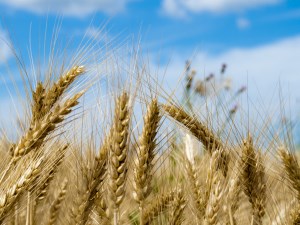 Australian wheat exports are set to hit an eight-month high this month as the lowest prices in a decade continue to attract SE Asian millers.

Exports are expected to hit 1.4 million tonnes this month – a rise of nearly 30 percent from the previous month and the largest business month since December 2015.

The jump in Australian exports comes after global benchmark wheat prices dropped to their lowest in nearly 10 years over the past two months, following a glut in global supplies.

"The futures market had come off a fair bit and that encouraged some customers to come in and take advantage," said James Foulsham, wheat trading manager at Cooperative Bulk Handling, Australia's largest grain exporter.

"We have seen a lot of interest for September, too," he told Reuters.

The turnaround is good news for Australia's wheat sellers, who have struggled in recent months amid rising competition and cheap freight rates that have eroded their competitive edge.

Black Sea exporters, for instance, including Ukraine and Russia, have eaten into Australia's share of the market in its largest buyer of the grain, Indonesia.

Australia is expected to sell 17.21 million tonnes of wheat during the 2016-17 season – which began on July 1 – the country's chief commodity forecaster said in June, but sales have been slow until this month.

Australian wheat shippers have also struggled to buy grain to export as some farmers had not wanted to forward sell grain in the first-half of the year, hoping for a price recovery.

But with near perfect growing conditions across Australia, farmers in the largest wheat-producing region of Western Australia have released their supplies, enhancing the nation's competitiveness with Asian grain buyers in Indonesia, South Korea, Japan and other regional buyers, traders said.

"The volumes booked are unusual as August and September are normally pretty flat months for exports out of Australia," said Andrew Woodhouse, grains analyst at Advance Trading Australasia.