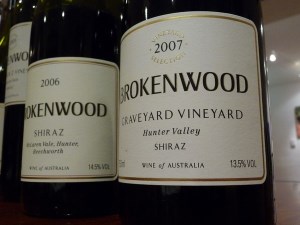 Supported by Wine Australia the online store was constructed and is operated by Vinehoo.com, one of China’s leading online wine retailers.

Vinehoo.com will support the venture and will fulfill all orders. It will also provide a platform to build the profile of Australian wines and regions among Chinese consumers. A further 20 brands are to be listed in coming months.

A key driver for the opening of the Australian store is the launch of the inaugural Tmall 9.9 Global Wine and Spirits Festival, an online Alibaba Group event to be held this Friday.

This is aimed at introducing global wine and spirit brands to Chinese consumers.

Andreas Clark, CEO of Wine Australia said: “The opening of the store is a landmark moment that builds on a year of strong growth for Australian wine in the Chinese export market. It opens up another commercial opportunity for Australian wineries to tap into China’s growing appreciation for our fine wines.”

The Chinese mainland is now Australia’s second most valuable export market, up 50 per cent in 2015-16 to $419 million.

Mr Clark attributes some of this growth to China’s expanding middle class and the positive impact of the China-Australia Free Trade Agreement, which came into force in late 2015.

“The food and wine culture in China continues to evolve, and there is increased demand from Chinese consumers for premium quality products online,” he said.

“Our support of Tmall’s flagship Australian wine store helps us capitalise on this growing interest in Australian wine and gives us the opportunity to further reinforce the message with consumers that wines of Australian provenance are of the highest quality.”

Overall, Australian wine exports have grown to $2.1 billion per year. The global trend of increased demand for Australia’s finest wines was reflected on the Chinese mainland, with exports priced A$10 or more per litre FOB (free on board) destined for China, increasing sharply by 71 per cent to $169 million.

Maggie Zhou, Managing Director of Australia and New Zealand markets for Alibaba said: “The partnership between Tmall and Wine Australia will allow local winemakers to access the 434 million active consumers across our China retail marketplaces.

As the domestic wine sector in China is yet to reach maturity and Australian wines are considered world-class and come at varied price points, the opportunity to sell to China’s burgeoning middle class is significant.

“Beyond established, well-recognised Australian wine brands, there is also strong potential for smaller producers to gain traction internationally. With the opening of Alibaba’s Australian office in late 2016, our local team will be helping winemakers of all sizes effectively market their products, navigate distribution channels and align to overseas preferences,” Ms Zhou said.

Alibaba Group accounts for half of China’s online wine sales and earlier this year, Alibaba Group’s Founder and Chairman, Jack Ma, announced he expects “triple-digit growth” in its wine business in the next three years.