‘UK wine exports are at their highest level in a decade’
Rachel Triggs, Wine Australia read more
Our new e-magazine is OUT NOW. Click here to read.
REGISTER ADVERTISE
SUBSCRIBE TO OUR FREE NEWSLETTER
PUBLISHED | FEBRUARY 10, 2016
COMMENTS | NONE
Tweet

From one of the world’s best restaurants, Noma, opening in Sydney to the growing chain of Australian-themed eateries overseas, Australian cuisine is rapidly going global.

The good news for the nation’s services exports is that the new converts to Restaurant Australia are soon expected to join the throng of international tourists heading Down Under.

According to Tourism Australia, “great food, wine and local cuisine” is a major factor influencing holiday decision-making for 38 per cent of those polled across 15 key tourism markets, ranking third ahead of world-class beauty and natural environments (37 per cent) in factors affecting travel.

While the survey found only 26 per cent of those who had never visited Australia associated the nation with good food and wine, the figure swelled to 60 per cent among those who have travelled Down Under, ranking second across the 15 markets behind only France.

For visitors from Britain, China, France, India, Indonesia, Malaysia, South Korea and the United States however, Australia ranked top for food and wine.

To narrow the perception gap, the national tourism body launched its Restaurant Australia campaign in May 2014, based on the idea that “Australia could be the world’s greatest restaurant, serving up the best and most unique food and wine experiences in remarkable locations every day.”

Spending on food and wine in Australia has grown by nearly 17 per cent to around $700 million since the start of the campaign, with the nation’s ranking as a food and wine destination rising from 10th to sixth, according to Tourism Australia.

January’s arrival of Noma at Sydney’s Barangaroo has helped showcase Australian produce, with celebrity chef Rene Redzepi and his Noma team spending a year travelling around the country, from seaweed diving in Tasmania to visiting Albany for snow crabs.

Along with visits, the campaign has also engaged with celebrity chefs abroad, giving potential visitors a first-hand glimpse of Australian produce.

In May 2015, the Australian Embassy in Tokyo hosted an event helping launch Tokyo-based Winetree’s premium Australian wines such as Sirromet Wines, with the star of the show Japan’s famous Iron Chef French, Hiroyuki Sakai. 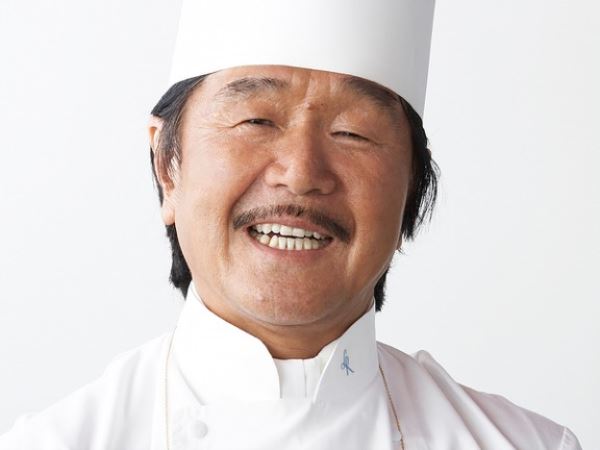 On Australia Day 2016, Winetree stepped up its Australian cuisine promotion with the launch of its “Terra Australis” gourmet Australian food and wine establishment in Tokyo. Situated in the upmarket district of Sendagaya, the four-level complex features a restaurant, bar, function rooms and roof terrace, giving the city with more Michelin-starred restaurants than anywhere in the world a new taste of Australian sophistication.

According to Winetree, the restaurant includes world-renowned Australian beef and lamb served by Mr Fukuda, who is also an official Australian “Lambassador,” while the wine menu is highlighted by premium wines from five-star rated Sirromet.

Paradise for food and wine lovers

“Japan’s famously sophisticated consumers have made the nation a paradise for food and wine lovers. We are proud to introduce the very best of Australian gourmet food and premium wines to the world’s biggest city,” Mr Nagata said.

“The Great Southern Land has long attracted Japanese holidaymakers and businesspeople and with Terra Australis, there will always be a piece of Australia and its sunburnt land’s produce in the heart of Tokyo.”

Terra Australis joins an expanding number of Australian-owned or themed restaurants in Japan, including Salt, while “breakfast supremo” Bill Granger’s latest offering in Tokyo’s Harajuku last year marked the point where his “Japanese empire officially surpassed the scale of his Australian one,” according to Time Out Tokyo.

Other Japan initiatives have included Tourism Australia hosting a dinner prepared by Australian chef Matthew Crabbe on an 80-metre-long table in Odaiba, Tokyo, while Japanese gourmet website Tabelog has launched an app allowing travellers to search for Australian restaurants based on recommendations by Japanese tourists.

With Australian food and wine rapidly gaining acceptance at the “top table” of international cuisine, the nation’s agricultural and tourism exporters should enjoy a growing bounty.

Anthony Fensom is an experienced business writer and communication consultant with more than a decade’s experience in the financial and media industries of Australia and Asia.