‘UK wine exports are at their highest level in a decade’
Rachel Triggs, Wine Australia read more
Our new e-magazine is OUT NOW. Click here to read.
REGISTER ADVERTISE
SUBSCRIBE TO OUR FREE NEWSLETTER
PUBLISHED | DECEMBER 13, 2016
COMMENTS | NONE
Tweet 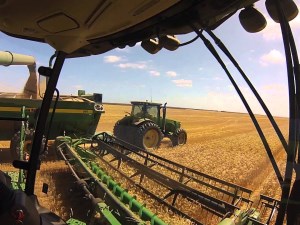 The gross value of Australian farm production is forecast to increase by 6.1 per cent, surpassing $60 billion in 2016-17, according to the latest Agricultural commodities report.

The Australian Bureau of Agricultural and Resource Economics and Sciences (ABARES), Acting Executive Director Peter Gooday said that the latest forecast would be around 16 per cent higher than the average of $52 billion over the five years to 2015-16 in nominal terms.

“This is due in part to recent record high winter crop production of 52.4 million tonnes and forecast increases in the gross value of horticulture and cotton production.”

The latest forecast follows news last week of Australia’s bumper winter crop, with total winter crop production forecast to increase by 32 per cent in 2016-17 to a record high of 52.4 million tonnes.

The latest edition of Agricultural commodities is available at ABARES Publications.