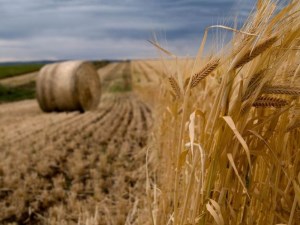 Export earnings from farm commodities in the next 12 months are forecast to rise by about 14 percent over the five-year average of $38.2 billion, according to latest industry figures.

And Australian farm production is forecast to hit $57.1 billion over the next 12 months.

This is about 16 per cent higher, in nominal terms, than the five-year average.

Figures released by the Australian Bureau of Agricultural and Resource Economics and Sciences (ABARES) show export earnings are forecast to rise across a range of commodities, including coarse grains (up by 9 per cent), wheat (4 per cent), wool (1 per cent), canola (2 per cent) and chickpeas (70 per cent).

ABARES Executive Director, Karen Schneider said: “Export earnings from farm commodities are forecast to be around $43.4 billion, in nominal terms, in 2015-16 – around 14 per cent higher than the five-year average of $38.2 billion.

However, Ms Schneider said the forecast increases are expected to be offset by forecast falls in export earnings from beef and veal (down by 3 per cent), dairy (4 per cent), lamb (1 per cent), sugar (2 per cent), live feeder/slaughter cattle (8 per cent), cotton (33 per cent) and mutton (13 per cent).

Ms Schneider, said the positive forecast was bolstered by large increases in livestock value, as well as strong crop production.

“Favourable seasonal conditions, an assumed lower Australian dollar and strong international demand is expected to drive the value of Australian farm production in 2015-16,” she said.

“The value of livestock production is forecast to increase by around 11 per cent in 2015–16 to $29.1 billion, on the back of an expected increase in farmgate prices for beef cattle, lamb, sheep and wool.

“Also underpinning strong farm production is the increase in the gross value of crop production, expected to rise by 5 per cent in 2015-16 to $28.1 billion following generally favourable cropping conditions over winter.”

Minister for Agriculture, Barnaby Joyce, said the forecasts reflected the growing importance of agriculture as a key pillar of the Australian economy.

“Agriculture has always been, and will continue to be, a significant wealth generator for Australia’s economy,” Mr Joyce said.

“What these results show is how important it is to deliver free trade deals and improve market access conditions for our exporters.

“That’s why the China-Australia Free Trade Agreement (ChAFTA) is so important – so that the significant gains our farmers have seen as a result of the Japan and Korea free trade agreements can be replicated.

“While the mining sector is the largest export earner for Australia in the short-term, agriculture will continue to perform, year in, year out, and provide the rural jobs that are the lifeblood of so many communities long after the last resources are dug out of the ground.

“ChAFTA will create new rural jobs and will be transformational for so many regional communities,” he said.

“The free trade agreements signed with three of our biggest agricultural trading partners in China, Korea and Japan, will give us an advantage over our international competitors – and we’ve already seen increased exports for some of our key commodities into Japan and Korea like beef, horticulture and wine, since the entry into force of JAEPA and KAFTA.