‘UK wine exports are at their highest level in a decade’
Rachel Triggs, Wine Australia read more
Our new e-magazine is OUT NOW. Click here to read.
REGISTER ADVERTISE
SUBSCRIBE TO OUR FREE NEWSLETTER
PUBLISHED | AUGUST 29, 2014
COMMENTS | NONE
Tweet 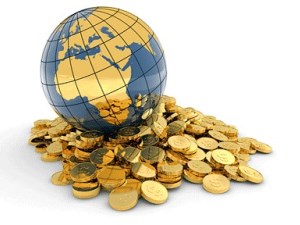 Australian exporters have been slow to take advantage of the business benefits of Free Trade Agreements (FTAs), according to new research.

HSBC researchers found that on average each FTA signed by Australia is used only by 19 percent of Australian exporters.

Conversely, an average of 26 percent of Asian exporters are using their respective markets' FTAs.

Half of the Australian respondents to the survey admitted they had limited or no understanding of one or more of Australia’s free trade agreements.

The respondents cited complexity of trade terms, a lack of understanding of benefits, and deals with non-strategic markets as the key factors behind the subdued uptake.

HSBC's Economist Intelligence Unit conducted the inaugural FTA research to gauge internationally-oriented companies' perceptions and use of FTAs. HSBC surveyed 800 companies in the first quarter of 2014 across Asia with annual revenues between US$50m-US$10bn.

James Hogan, Head of Commercial Banking for HSBC in Australia, said: "Trade is a driving force of Australia's economic prosperity and the FTAs are negotiated in order to enable greater trade flows.

"Australia is an active participant in trade agreements, with nine FTAs in force and seven under negotiation, including a milestone agreement expected with China later this year; however, all the effort in negotiating these agreements will be in vain if businesses are not using them.

"Clearly, there is a knowledge gap amongst Australian businesses on how to make the FTAs work for their business."

The research found that despite the low take-up of FTAs among Australian exporters, those who do use them are being rewarded.

About 75 percent of respondents that use an FTA as part of their business strategy experienced export growth.

Key competitive advantages include access to new markets (nominated by 40%), access to a wider client base (39%) and the creation of new business opportunities (37%).

"Australian exporters that invest the time and resources to understand FTAs and imbed them within their business strategy are seeing clear business benefits, said Mr Hogan. “However, greater focus in making FTAs more accessible to Australian businesses – particularly amongst smaller and resource-constrained businesses – is also key."

Australia's two most recent free trade agreements – with Japan and South Korea – were negotiated this year and will shortly take effect. A bilateral FTA with Malaysia was finalised in 2012.