‘Beginning to export can be challenging, but there are massive opportunities for Australian firms’
Karen Andrews, Minister for Industry, Science and Technology read more
Our new e-magazine is OUT NOW. Click here to read.
REGISTER ADVERTISE
SUBSCRIBE TO OUR FREE NEWSLETTER
PUBLISHED | JUNE 30, 2015
COMMENTS | NONE
Tweet 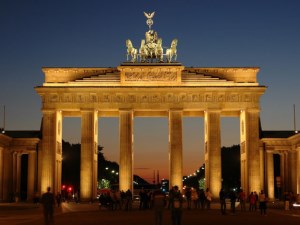 Finance Minister Senator Mathias Corman flies to Berlin next month with a view to boosting trade ties with Germany.

Germany is the fourth largest economy in the world and Australia’s 10th largest trading partner.

Trade between the two countries is currently worth more than $16 billion a year.

Senator Corman is co-chair of the Australian contingent and Minister of State Professor Maria Böhmer is Germany's co-chair.

The Advisory Group’s main aim is to examine ways to build even closer ties between Australia and Germany.

It will work to identify opportunities for increased trade and investment, cooperation in the Indo-Pacific and other regions of the world, cultural and social links and scientific collaboration.

Better ways to do business

The Group will meet in Germany and in Australia before finalising and providing a report to Chancellor Merkel and the Prime Minister later this year.

Senator Cormann believes Germany has a lot to offer about better ways to do business.

"We can learn from Germany on how to do better in translating high-quality research outcomes into high-quality commercial outcomes," he said.

Mr Abbott said Australia and Germany enjoys strong two-way trade, but it could be stronger.

“We've got strong two-way investment but it could be bigger,” he said. “The relationship between Australia and Germany is strong and warm but I think it could be better developed."

Gold coins make up the majority of Australia's exports to Germany – other trade includes precious metals valued at $306 million.