‘Beginning to export can be challenging, but there are massive opportunities for Australian firms’
Karen Andrews, Minister for Industry, Science and Technology read more
Our new e-magazine is OUT NOW. Click here to read.
REGISTER ADVERTISE
SUBSCRIBE TO OUR FREE NEWSLETTER
PUBLISHED | DECEMBER 21, 2017
COMMENTS | NONE
Tweet 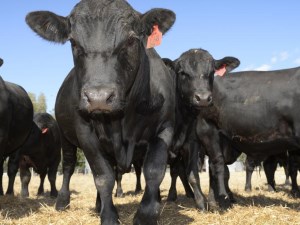 Despite strong competition from the US and others, the reduction in beef tariffs from pre-KAFTA 40 per cent down to 26.6 per cent from January 1, next year is enabling Australia to remain a key beef supplier to Korea, with Australian beef exports worth $1.2 billion in 2016-17.

“Even when you compare just 2015-16 and 2016-17, you can see how recent tariff cuts are significantly improving the value and volume of our agricultural exports to Korea,” said Deputy Prime Minister and Minister for Agriculture and Water Resources, Barnaby Joyce.

Mr Joyce said the benefits from KAFTA were another powerful reminder of how critical free trade deals are for our nation's future.

“Improving agricultural market access is a priority for the Coalition Government, as exports underpin the profitability of our $60 billion agriculture sector, boost farmgate returns and support Australian jobs,” he said.

“We worked hard to finalise KAFTA back in 2014, because we knew the significant benefits the tariff cuts could provide for Australia – and we are seeing more and more of those benefits come to fruition.

“There's no doubt Australia's clean, safe produce is in demand in Korea, with exports of agrifood products flourishing since the introduction of KAFTA.

“With the fifth round of tariff reductions coming into effect on 1 January 2018, this will deliver yet another boost for Australian exporters, farmers, producers and Australian agriculture.”