'The India free trade deal will give Australian businesses unprecedented access to one of the world’s fastest-growing economies’
David Knowles-Pitcher Partners read more
Our new e-magazine is OUT NOW. Click here to read.
REGISTER ADVERTISE
SUBSCRIBE TO OUR FREE NEWSLETTER
PUBLISHED | JANUARY 19, 2018
COMMENTS | NONE
Tweet 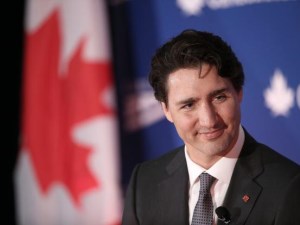 Canada is Australia's fourth-largest wine export market, after China, the US and Britain with an annual value of $198 million.

He ­described Canadian measures as discriminatory.

“I want to make sure we stand up for our producers and not allow other countries to discriminate against us, costing us export income and ­potentially jobs,” he said.

“Australia has requested formal WTO consultations on measures discriminating against Australian wine imports that we consider to be clearly inconsistent with Canada’s WTO commitments. Canada’s inconsistent measures include extra taxes, fees and mark-ups on imported wine, separate distribution channels reserved for Canadian wine and restricting sale of imported wine in grocery stores to a ‘store within a store’.”

Australia previously launched action with the WTO in 2003, successfully arguing that the ­EU had breached international trade rules. Mr Ciobo said WTO action ­ensured that the Australian wine industry would be protected.

The WTO action follows a souring in relations after Canadian PM Justin Trudeau was accused of derailing the rejuvenated TPP11 at the Asia-Pacific Economic Co-operation summit in Vietnam in November.

Mr Trudeau failed to attend a crucial leaders’ meeting despite an earlier agreement struck by the TPP11 trade ministers, including Canada’s representative, that settled on a “substantial conclusion”.

The Winemakers’ Federation of Australia has welcomed the Federal Government decision to take formal action against Canada.

Those government monopolies directed revenue to government coffers, and alleged anti-competitive actions varied across Canada depending on the province.

stores which only stock domestic labels.

"Elsewhere they also offer exclusive access to retailers and restaurants for Canadian brands.

"That's in provinces like Nova Scotia, British Columbia and Quebec, where the Liquor Control Board of Ontario is the biggest wine buyer in the world."

Other wine exporting nations New Zealand and Chile may join Australia in the dispute-settlement action with the WTO.

If the issue is not resolved by bilateral agreement it will proceed to a panel, which may take up to 12 months to reach a resolution.

And if the parties involved do not agree to the panel's resolution, they may launch an appeal.

“Australia strongly supports the multilateral trading system, with the WTO at its heart,” said Mr Ciobo.

“One of the key strengths of the WTO is its disputes system, which ensures WTO Members comply fully with their commitments.

“While it would have been preferable to resolve this issue bilaterally, it is appropriate to commence dispute proceedings given the lack of progress.”