Australia to export thousands of camels to Middle East 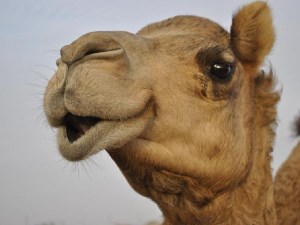 Australia will soon begin exporting thousands of live camels to the Middle East following the construction of a new purpose-built shipping vessel.

The new vessel, built by one of Saudi Arabia’s wealthiest businessmen, is due to arrive in Fremantle, WA, after being launched recently in Singapore.

The businessman, Hamood al Khalaf, made the investment after learning that thousands of feral camels were being shot in Australia because of environmental damage in the outback.

A local exporter said the camels could be exported from Broome, Fremantle and Adelaide as soon as they became available in sufficient numbers.

The Federal Government culled about 160,000 camels over four years as part of a $19 million program that ended last year.

The feral camel population was estimated at one million at the start of the cull, about 40 per cent of them on Aboriginal-controlled land.

International Livestock Export director Graham Daws said the trade in camels had been held back by the lack of a purpose-built vessel. "It is very exciting, especially for indigenous people," he said. "There is a whole new business there."

Mr Khalaf has imported more than $1 billion worth of livestock over a long career.

He has spent $100 million converting the Awassi Express for sheep, cattle and camel exports and on associated infrastructure in Australia and Saudi Arabia.

Mr Khalaf will charter the vessel for sheep, cattle and camel shipments to the Middle East, pending a breakthrough agreement between Saudi Arabia and Australian to reopen live exports.