‘UK wine exports are at their highest level in a decade’
Rachel Triggs, Wine Australia read more
Our new e-magazine is OUT NOW. Click here to read.
REGISTER ADVERTISE
SUBSCRIBE TO OUR FREE NEWSLETTER
PUBLISHED | JULY 27, 2015
COMMENTS | NONE
Tweet 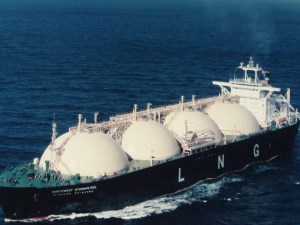 Australia’s liquefied natural gas (LNG) exports could triple within five years to an annual value of over $50 billion by 2020, according to a new ANZ study.

As production from new fields comes on stream, LNG exports will lift GDP growth and restore a positive balance of trade, the ANZ report suggests.

The report Australia’s Gas Industry: When Markets Collide predicts rising international gas prices over this period due to increasing LNG usage in Asia.

This could grow by more than 40 percent in the next decade, based on rising clean energy demand and consumption increases.

ANZ expects LNG will overtake iron ore as the key driver in Australia’s exports by the end of 2016.

This would have significant long-lasting benefits for the Australian economy including higher taxation receipts, petroleum resource rent taxes and state royalties.

If supply issues are not addressed, there is a risk of Australian wholesale prices doubling in the next two years, which would add an average 30 percent to household gas bills.

Australian manufacturers will also be impacted by increased gas prices, especially in the chemicals and metals industries.

Without mitigation strategies in place, aggregate profitability of heavy gas consumers could drop by 20 percent, with return on equity halved.

An abridged copy of the report is available at www.indepth.anz.com