‘UK wine exports are at their highest level in a decade’
Rachel Triggs, Wine Australia read more
Our new e-magazine is OUT NOW. Click here to read.
REGISTER ADVERTISE
SUBSCRIBE TO OUR FREE NEWSLETTER
PUBLISHED | JUNE 26, 2017
COMMENTS | NONE
Tweet

Australia set to benefit as US bans beef from Brazil 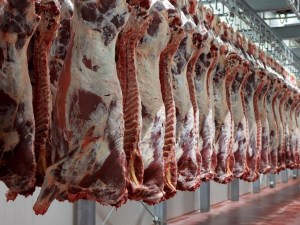 Australian beef producers are set to gain from the recent decision by the US to ban beef imports from Brazil.

Brazil has long been a significant competitor for Australian beef growers in the US market and the ban is expected to create new, unexpected opportunities.

Brazil is the world’s second largest beef producer, surpassed only by the United States.

The US Department of Agriculture said that the ban will remain in place until satisfactory corrective actions are taken.

Since March, all meat imported to the US from Brazil has been inspected after some of the country’s top meat producers became embroiled in a tainted-meat scandal.

The US food safety and inspection service reportedly rejected 11 percent of Brazilian fresh beef, compared with only one percent of quantities from other nations.

US Agriculture Secretary Sonny Perdue said: “My first priority is to protect American consumers. That’s what we’ve done by halting the import of Brazilian fresh beef.”

The US beef ban came just days after Xenophon Team member Rebekha Sharkie introduced a private bill in Parliament aimed at “safeguarding” the reputation of the local beef industry.

Last year the US, Brazil, Australia and India accounted for roughly 66% of the world's beef exports.

Earlier this year, Australia signed a trade deal with China for full access for chilled beef exporters to the Asian superpower, becoming the only country with full access to the Chinese chilled beef market.

In a statement, Antonio Camardelli, president of Brazil’s Meat Exporters Association said the loss incurred by the US ban was potentially “incalculable.”

He reportedly blamed the problems on a reaction to some components of a foot-and-mouth disease vaccine that Brazil uses, which had become visible in the US inspections.

Camardelli said producers had asked the Brazilian government to resolve the problem in a meeting with their US counterparts.

According to USDA data, since the enhanced US inspection measures kicked in, 106 lots – more than 861,000kg – of Brazilian beef products were refused entry to the US “due to public health concerns, sanitary conditions, and animal health issues.”