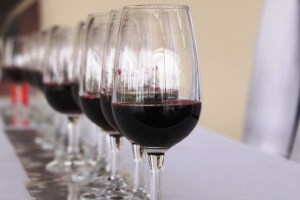 Australian wine exports have dropped to their lowest point in five years due mainly to the imposition of Chinese Government tariffs, Wine Australia’s latest report reveals.

However, new markets are rapidly emerging to help fill the gap.

Exports of Australian wine into Hong Kong have increased by 135 per cent and by 43 per cent into South-East Asia.

However, according to the Wine Australia report released this week, Australian wine exports decreased by 24 per cent in value to $2.27 billion and 17 per cent in volume to 638 million litres in the year ended September 2021.

Average value also declined by 9 per cent to $3.56 per litre free on board (FOB).

The decline was attributed to a significant decrease in exports to mainland China, following the imposition of significant import tariffs on Australian wine, and less wine being available to export due to low inventory levels resulting from small vintages between 2018-2020.

While the 2021 Australian vintage crush was a record size, it is expected to take some time for the impact on export volumes to be realised with the majority of the 2021 vintage wines expected to be shipped over the next two quarters.

Wine Australia General Manager Corporate Affairs and Regulation Rachel Triggs said the overall declines reflect the challenges that the Australian wine sector has faced over the past 12 months.

“The decline of exports that we’re seeing now was amplified by the fact that there was a large increase in exports in September and October 2020, driven by exporters shipping wine into mainland China ahead of tariffs being imposed, into the UK ahead of the Brexit transition conclusion, and a surge in demand for Australian wine in the UK and US during the COVID-19 pandemic,” Ms Triggs said.

“This front loading of exports led to the majority of 2020 vintage wines being shipped earlier than usual resulting in the lowest inventory levels in 10 years coming into the 2021 calendar year.”

In the year ended September 2021, Australian wine was exported to 113 markets.

Ms Triggs said over the past 18 months, there has been a significant increase in exports to the UK.

And 269 exporters shipped wine to the US market – the highest number of exporters since the Global Financial Crisis in 2009.

“Australian wine exporters are continuing to diversify their business models and ship to a broad range of markets,” Ms Triggs said.

Strong growth in above $10 per litre segment

Exports decreased in all price segments except for the most premium – above $200 per litre.

Although exports above $10 per litre declined by 27 per cent overall, owing to decreasing exports to mainland China, of the 88 markets that receive wines in this price segment 54 experienced growth including Hong Kong, Singapore, Thailand, the UK, South Korea, Taiwan, and the US.

Further, exports to the US with an average value above $10 per litre increased by 16 per cent in value to $43 million, most prominently in the $20 to $29.99 price segment.

“The growth in the above $10 per litre segment is a positive step as this price segment is key to ensuring Australian wine’s continued success in the US market, Ms Triggs said. “The premium price segments are driving growth of the broader wine category in the US.”

The top five markets by value were:

The top five markets by volume were:

The most significant growth in export value came from shipments to Southeast Asia, up 43 per cent to $255 million, followed by Europe (including the UK) up 4 per cent to $703 million. This growth was offset by declining exports to Northeast Asia, down 56 per cent to $598 million, and North America, down 11 per cent to $567 million.