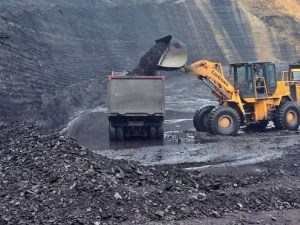 With India increasingly focused on growing its mining sector by modernising operations and standards, many more opportunities are being identified for Australia’s highly regarded mining sector.

IMME is organised by the Confederation of Indian Industry (CII), India’s largest industry association and premier exhibition organiser, and included the Global Mining Summit, a technical seminar which was held concurrently.

Tim Martin, Austrade’s New Delhi-based Trade Commissioner, said this year’s delegation was the largest ever to attend IMME since Austrade’s first mission in 2004.

“More than 40 companies across the mining supply chain participated at IMME 2016, many first-time visitors, who also benefited from Australia’s status as the event’s Partner Country, said Mr Martin.

Given the pivotal role the mining sector plays in India’s infrastructure and economy, the  Government recently announced ambitious plans to more than double coal production to around a billion tonnes over a five year period from 2014-15 to 2019-20.

“To achieve this, there is growing demand for technology and innovative solutions to address these imbalances to meet set targets,” Mr Martin said.

“Participating delegates demonstrated how they are able to provide innovative solutions and also met with key players to gain first-hand insights about other opportunities – particularly in areas of safety and innovative technology that can operate in harsh conditions.”

Austrade has 10 offices in India which includes the mining hub city of Kolkata, Delhi, Mumbai and Hyderabad.