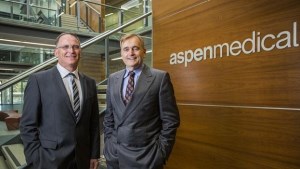 Aspen Medical and SEAPA, two innovative companies who have achieved outstanding success offshore, have been awarded the prestigious Australian Exporter of the Year award.

“This is an outstanding achievement by two Australian companies that started as small grassroots operations and are now global businesses exporting their high-quality products and services to the world.

“They exemplify the spirit of entrepreneurship and innovation and I hope they can inspire thousands of other small businesses out there to take a punt and become exporters.

Aspen Medical, which also won the Health and Biotechnology Award, provides primary healthcare, emergency healthcare, training, consultancy, medical evacuations and clinics in 16 countries on three continents. Over the past 12 months alone Aspen has doubled its number of employees.

The ACT-based business achieved a world first in 2017-18 when it became the only commercial company in the world contracted by the World Health Organization to deliver clinical services in Iraq.

Its clients come from a range of sectors including defence, mining and resources, oil and gas, government and humanitarian.

The company's projects have also included treating Ebola in Africa and providing health care in remote indigenous communities across the Northern Territory.

SEAPA is a South Australian business that is revolutionising the oyster farming industry with its injection-moulded plastic baskets and farming systems.

SEAPA began exporting to North America in 2001, and its export markets have grown to include Europe and North Asia, where its technology is helping to grow better quality oysters at lower costs.

The Trade Tourism and Investment Minister’s Investment Award was won by Inpex, for its Ichthys LNG project. The project is expected to create 1800 jobs on average per year over the next 40 years and generate $195 billion in exports. 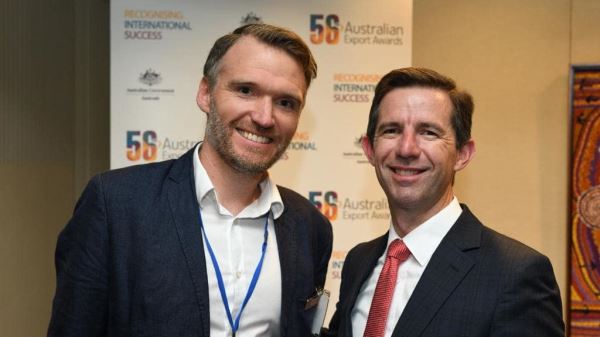 Torbreck Vintners from the Barossa Valley was named Australian Regional Exporter of the Year, while the SWEAT Fitness App by South Australian personal trainer Kayla Itsines won the eCommerce Award.

This year’s awards featured 88 finalists employing over 21,000 Australians and generating more than $2 billion in export sales.

Creating jobs and strengthening the economy

“Exports create more Australian jobs and strengthen our economy. That’s why the Liberal-National Government continues to provide more opportunities for our exporters to secure new market access across the globe.

Senator Birmingham said the finalists and winners should be truly proud of their achievements.

For more information on all of this year’s winners and finalists go to: https://www.exportawards.gov.au/