‘UK wine exports are at their highest level in a decade’
Rachel Triggs, Wine Australia read more
Our new e-magazine is OUT NOW. Click here to read.
REGISTER ADVERTISE
SUBSCRIBE TO OUR FREE NEWSLETTER
PUBLISHED | APRIL 9, 2019
COMMENTS | NONE
Tweet 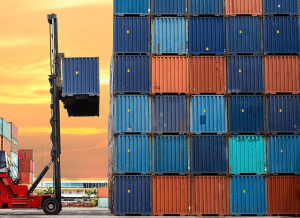 Also, strong export sales growth has been secured from the United States, Taiwan, Malaysia, Singapore, Thailand, Canada and Italy in the 12 months to date.

“The Government’s commitment to free trade and open markets continues to play a major role in our strong position which has seen Australia record its fourteenth monthly trade surplus in a row,” he said.

“Improved access to global markets for Australian goods and services has been a key factor in the record export performance our government has delivered.”

Senator Birmingham said the three new trade agreements are ready for implementation in the next parliament, giving exporters access to over 300 million new customers.

“Yet the Labor Party won’t give a straight answer on whether they’ll support them in their current form,” he said.

“Our farmers and businesses will see significant gains from our agreements with Indonesia, Peru and Hong Kong.

“By risking our competitive position and not backing in these agreements, Bill Shorten and the Labor party are putting at risk the future strength of our economy and jeopardising thousands of jobs.”