‘UK wine exports are at their highest level in a decade’
Rachel Triggs, Wine Australia read more
Our new e-magazine is OUT NOW. Click here to read.
REGISTER ADVERTISE
SUBSCRIBE TO OUR FREE NEWSLETTER
PUBLISHED | AUGUST 22, 2019
COMMENTS | NONE
Tweet 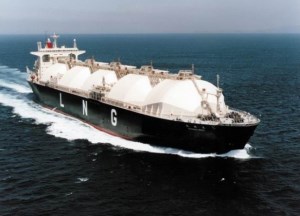 Australia is expected to surpass Qatar as the world’s largest exporter of liquefied natural gas (LNG) within the next 12 months, a US government department predicts.

Australia already surpasses Qatar in LNG export capacity and exported more LNG than Qatar in November 2018 and April 2019, the US Energy Information Administration (EIA) said in a recent release.

Within the next year, as Australia’s newly commissioned projects ramp up and operate at full capacity, EIA expects Australia to consistently export more LNG than Qatar.

According to the Department of Industry, Innovation, and Science, Australia’s LNG export capacity increased from 2.6 billion cubic feet per day (Bcf/d) in 2011 to more than 11.4 Bcf/d in 2019.

The department expects Australian LNG exports to grow to 10.8 Bcf/d by 2020–21 once the recently commissioned Wheatstone, Ichthys, and Prelude floating LNG (FLNG) projects ramp up to full production.

Prelude FLNG, a barge located offshore in north western Australia, was the last of the eight new LNG export projects that came online in Australia in 2012 through 2018 as part of a major LNG capacity buildout.

In eastern Australia, three LNG export projects were completed in 2015 and 2016 on Curtis Island in Queensland – Queensland Curtis, Gladstone, and Australia Pacific – with a combined nameplate capacity of 3.4 Bcf/d. All three projects in eastern Australia use natural gas from coalbed methane as a feedstock to produce LNG.

Most of Australia’s LNG is exported under long-term contracts to three countries: Japan, China, and South Korea.

An increasing share of Australia’s LNG exports in recent years has been sent to China to serve its growing natural gas demand.

The remaining volumes were almost entirely exported to other countries in Asia, with occasional small volumes exported to destinations outside of Asia.