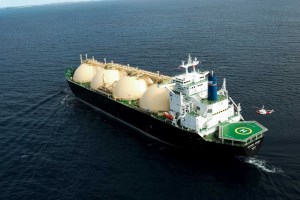 “Australia is on track for annual gas exports of 77 million tonnes a year,” said Minister for Resources Matt Canavan.

If it can achieve that target, it will lead Qatar in annual exports this year for the first time ever.

“This underlines the strength of Australia’s gas industry – with earnings expected to increase more than 60 per cent from $31 billion in 2017-18 to $50 billion in 2018-19 – but also the potential value to the Australian economy from continuing to discover more gas deposits and bringing them into production,” Mr Canavan said.

Total resource and energy exports are expected to earn a record $264 billion in 2018-19 – generating more than half the total value of Australia’s exports, according to the December 2018 Resources and Energy Quarterly (REQ).

“The December REQ showed coal remained top of the tree for Australia’s resource commodity exports but gas has made a significant increase in value,” said Mr Canavan.

“Australia’s coal earnings are set to exceed $67 billion in 2018-19, making it our largest commodity export.

“At the same time, the value of iron ore exports are expected to remain high, predicted to increase from $61 billion in 2017-18 to $64 billion this year.

But Mr Canavan said new investment in the next wave of gas projects and better development processes is needed to stay on top.

“Both Qatar and the United States will have new gas production and infrastructure coming on line in future years that will challenge Australia’s lead,” he said.

“The gas being exported through Gladstone in Central Queensland, north-west WA and the NT has made a vital contribution to the nation’s prosperity, while higher export volumes to be driven by the Wheatstone, Ichthys and Prelude gas projects will help produce the higher earnings in 2018-19.

“Exports of resources and energy make a massive contribution to the Australian economy and to the prosperity of businesses, communities and families throughout the nation.

“The industry’s strong results can only continue if new investment is encouraged and the development of projects proceeds efficiently.”

Australia’s LNG production has been boosted in recent months due to the start up of projects like INPEX’s Ichthys development, which opened late last year and the ramping up of production at the Chevron-operated Wheatstone LNG project in Western Australia.

If you have company news you would like featured in Dynamic Export contact Editor Tim Michael at editor@dynamicexport.com.au