‘UK wine exports are at their highest level in a decade’
Rachel Triggs, Wine Australia read more
Our new e-magazine is OUT NOW. Click here to read.
REGISTER ADVERTISE
SUBSCRIBE TO OUR FREE NEWSLETTER
PUBLISHED | JANUARY 27, 2019
COMMENTS | NONE
Tweet

Australia is going backwards in the global innovation race 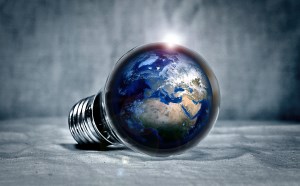 When it comes to innovation, Australia continues to punch below its weight.

Australia has slipped one place to 19th on Bloomberg's 2019 Innovation Index released this month – overtaken by China for the first time.

Each year Bloomberg analyses countries using seven metrics including education, research and development, spending, manufacturing capability and concentration of high-tech public companies. It then publishes a list of the 60 most innovative nations.

South Korea retained the global crown for a sixth time in 2019 with Germany, a leader research and education, a close second.

China jumped three places to 16th thanks largely to patent activity. China ranked No. 2 in patent activity on the strength of R&D from Huawei Technologies Co. and BOE Technology Group. However, it still lags behind most innovative countries in terms of overall productivity.

Britain fell one spot to 18th – also losing out to China for the first time – while Sweden, the runner-up in 2018, plunged to seventh.

The US moved up to eighth place, after falling out of the top 10 for the first time last year.

Israel, which was a big winner by jumping five spots to fifth overall, leapfrogging Singapore, Sweden and Japan. The tech savvy nation was boosted by a big jump in new patents during 2018.

The United Arab Emirates made the highest debut in 46th place and Brazil rejoined the index in the 45th spot after not being ranked last year.

The 2019 ranking process began with more than 200 economies. Nations that didn't report data for at least six categories were eliminated, trimming the total list to 95.

The top 60 are listed here: