Australia in pole position for free trade deal with UK 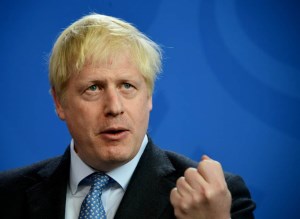 Australia could be the first nation to sign a post-Brexit trade deal with the UK following Boris Johnson’s landslide win in the British election.

Britain is now on track to leave the European Union on January 31, next year.

The British Prime Minister and EU officials will then have a year-long “transition period” to renegotiate trade and immigration rules.

If the UK meets its Brexit deadline as indicated by Mr Johnson, formal negotiations for an FTA can begin with weeks, says Trade Minister Simon Birmingham.

That means negotiations can be concluded and an agreement signed and ratified within the one-year transition period. The free trade deal would come into effect immediately after the transition period ends.

"Australia stands ready to shift into formal negotiations towards an Australia-UK free trade agreement, and we would look to conclude a deal as quickly as possible", Senator Birmingham said.

In anticipation of Brexit, an informal bilateral working group has been discussing an FTA for the past two years.

"This working group will mean we are well-positioned to kick off formal negotiations as soon as the UK is in a position to do so,'' he said.

"Had there been a change of government that free-trade agreement would have been in doubt," he said in a recent media interview.

Johnson’s 80-seat majority – the best Conservative result since Margaret Thatcher in the 1980s – paves the way for Britain's departure from the European Union by the new January 31 deadline.

The US is also keen for a trade deal with the UK, but negotiations could coincide with the 2020 presidential election scheduled for November. Also, some republications remain opposed to such free trade arrangements.

Mr Brandis admits Australia will be vying with the US to strike a trade deal with Westminster, but Australia is well-placed to reach an agreement first.

"No free-trade agreement is without its complexities, however the prospective FTA between Australia and the United Kingdom is probably less difficult than the other agreements the UK is looking to do, for instance with the United States," he said in an interview with The Sydney Morning Herald and The Age.

"That's simply because the domestic politics of Australia are far more hospitable to free-trade agreements than the politics of the United States at the moment.”

Brandis, the attorney-general under prime ministers Tony Abbott and Malcolm Turnbull, said he would not "pre-empt" whether a deal between Australia and Britain could include visa-free migration between each country.