‘UK wine exports are at their highest level in a decade’
Rachel Triggs, Wine Australia read more
Our new e-magazine is OUT NOW. Click here to read.
REGISTER ADVERTISE
SUBSCRIBE TO OUR FREE NEWSLETTER
PUBLISHED | JANUARY 28, 2019
COMMENTS | NONE
Tweet 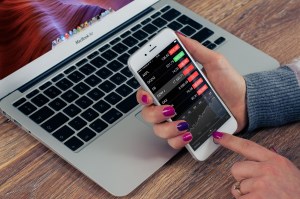 Australian exporters will be the big winners should the government be successful in its strong push to establish a new set of global digital trade rules.

Australia, Singapore and Japan led the way at the recent World Economic Forum in Davos, Switzerland, for the introduction of uniform international rules.

And global business and political leaders from more than 70 countries have agreed to review the issue.

The new rules would cover how companies do business online around the world, focusing particularly on the transfer of data, where it’s stored and how it’s stored.

It would also make it easier for Australian businesses to grow into new markets and operate across borders.

“Digital trade is an increasingly important way for Australia to do business with the rest of the world,” Senator Birmingham said.

“It provides more opportunities for Australian businesses to reach more customers across the globe as well as help further grow our economy.

“We know half of Australian businesses are already engaged in the digital economy in some way, and this number will continue to grow at a rapid rate.”

Senator Birmingham said a recent report by the Hinrich Foundation estimates that Australia’s digital exports could grow by 210 per cent by 2030.

And a report released in Davos last week found the ability to move data across borders underpins new business models and has boosted global GDP by 10% over the last decade.

Following the Forum, Australia will join negotiations with 75 other members of the World Trade Organization (WTO), representing over 90 per cent of global trade, on the development of new international rules in digital trade.

Senator Birmingham said the signal by so many WTO members to begin negotiations on e-commerce was critical in creating the right international settings to facilitate the huge volumes of digital trade across the globe.

“Negotiating a set of international digital trade rules is a significant step forward in ensuring Australian businesses can fully realise the gains from the progressive digitisation of trade, he said.

“Our Government will continue to work creatively to achieve a high quality digital trade outcome that addresses issues important to Australian businesses and consumers with the participation of as many WTO Members as possible.”

The negotiations are expected to consider a range of possible rules specific to facilitating e-commerce such as paperless import/export procedures, the ability to securely and flexibly transfer and store data and ensuring online consumer protection.

Importance of a multilateral trading system

“The start of these negotiations in an open and inclusive way will reaffirm the importance of the multilateral trading system by signalling the revitalisation of the WTO negotiating function, which is an important part of its reform,” Senator Birmingham said.

“What we are really trying to do here is make sure that WTO rules, which were negotiated a long time ago, are fit for the future,” he told ABC news.

The new rules would protect consumers, ensuring common standards around privacy to give people confidence when they are trading online.

By streamlining invoicing, payment systems and creating common standards, businesses – especially SMEs – would have confidence to engage in digital trade.

Senator Birmingham said it is important to ensure countries don’t put up barriers that effect global trade – namely putting in place unreasonable impositions on how data is transferred and stored.

In such cases, exporters could be at risk if their data is hacked or breached with no backup if the data is stored within a single country.

Senator Birmingham said new digital trade rules would be especially beneficial to SMEs who could benefit from growing trade opportunities.

Organisations like Australia Post are doing a fabulous job in getting more small and medium enterprises connected into those digital trade platforms, he said.

“That makes it easier – whether it’s heath or wellbeing products, high-quality food or other goods – that you’re able to actually connect them into markets swiftly.

“As a nation we have really turned things around over recent years.

“We are now more routinely recording trade surpluses where we export more than we import, and we want to make sure that we keep that trend going.”